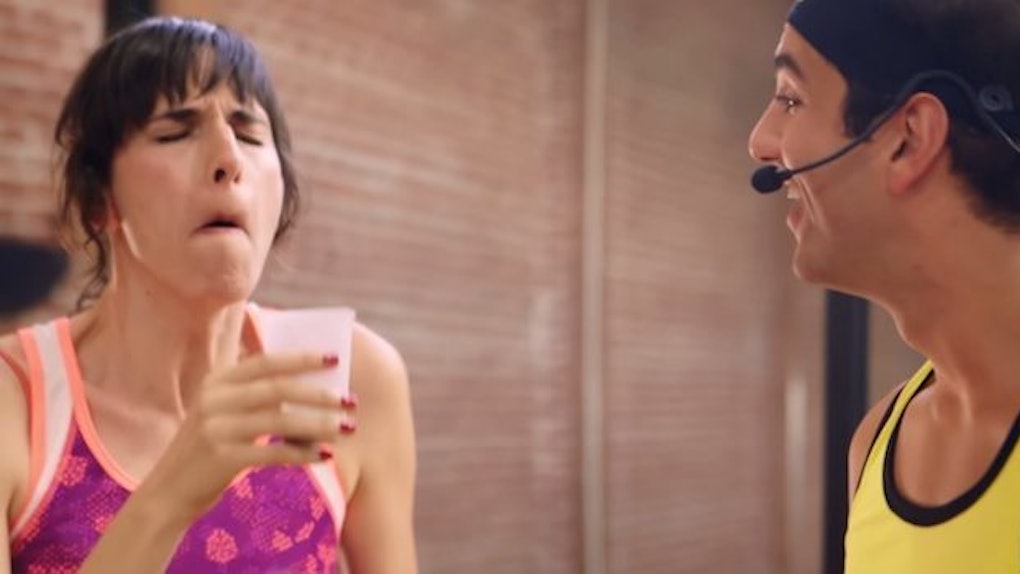 People seem to think each new exercise trend is the key to tricking their brains into actually working out and ending the vicious cycle of eating ice cream with their hands while watching TV shows about murder.

They'll go for anything, even a completely made-up and absurd prank trend called FRIQ (pronounced "freak" -- you know, like the people who use #squatspo).

At one point, the instructor, while making the people wrap themselves in bubble wrap and roll around on the ground, yells,

I want you to work harder than a woman delivering a 14-pound baby!

Then, they have to drink a grotesque protein shake, which they do, of course, because they think that the shake will make them like themselves more.

Oh, and the whole thing is an ad for Oscar Mayer. You're probably asking yourself "why," and I don't know the answer.