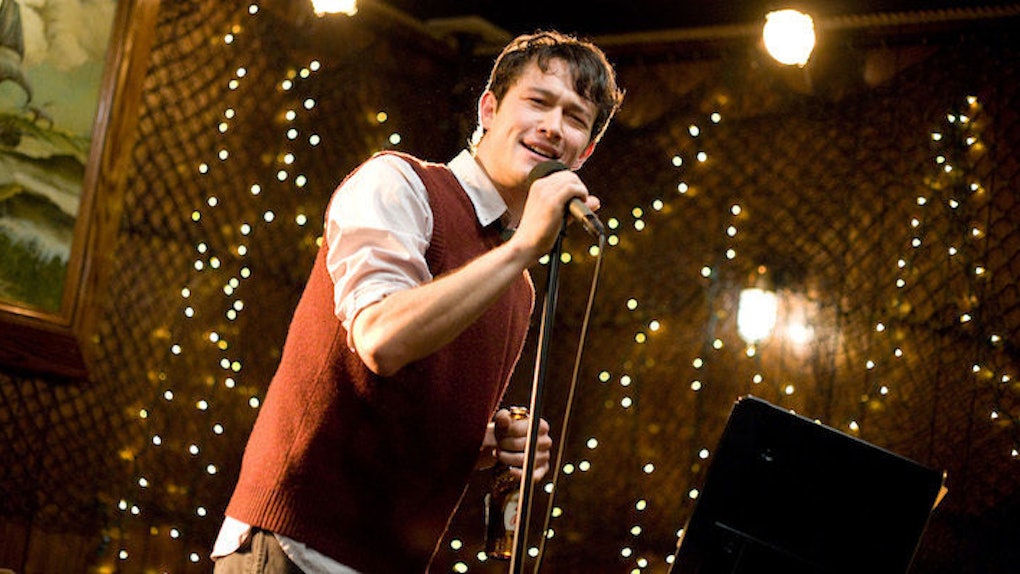 6 Things You Are Only Good At When You're Drunk

It's pretty weird to think about the fact that for thousands of years human beings have been poisoning their blood with a liquid made from rotting plant matter just for fun.

But that's the world we live in. Being drunk is very fun. Unfortunately, however, being drunk also makes you pretty dumb. I'm pretty sure no one has said "F*CK IT! I'M JUST GOING TO SAY IT! I LOVE 'GARDEN STATE!'" while sober.

But there is a bright side. There are certain things we humans are very good at when we're drunk. This is a list of those things. It is, predictably, a short list.

If alcohol didn't exist, this world would be like the town in "Footloose." We'd all just be pissed off all the time at those dancing assh*les who flaunt their happiness and sober body skills each and every day. And then we'd make it illegal.

OK, there is literally an industry built around the fact that most people only feel comfortable singing in front of other people if all the people in the room are drunk out of their minds and shouting.

Now, to be fair, I wouldn't say most people are actually "good" at singing while drunk. Usually people at karaoke sound like dying, cancer-ridden cats trying to call for help -- but still, at least they are trying.

Oh and by the way, if you are one of those people who steps up to the mic at karaoke and sings like a professional singer in front of all of us slobs, stop reading this article right now. I don't like you and don't want to accidentally entertain you.

It's one of the great paradoxes of life that three "sports" that require the most delicate finger-and-wrist dexterity and precision are incidentally also the sports most people are only good at when they are four beers deep and can't stop quoting "Gladiator."

*Sinks cup* My name is Maximus Decimus Meridius, commander of the Armies of the North, General of the Felix Legions, loyal servant to the true emperor, Marcus Aurelius. Father to a murdered son, husband to a murdered wife. And I will have my vengeance, in this life or the next!

To make it all weirder, you always suddenly suck again after six beers. I think that's what the ancient Greeks meant by the "golden ratio."

4. Walking up to tables where people are and waiting for someone to get you a chair without feeling so awkward you begin to cry

If there was a circle of hell reserved specifically for me, my punishment would be just to walk up to tables where there is no seat for me over and over for the rest of eternity. Fear of the possibility of that punishment is probably the only reason I haven't killed someone after losing at Mario Kart.

But when I'm drunk, I'm like a superhero. I'm just like, "Hey, I'm going to get a chair, make room, nerds!" And I do that. I go get a chair instead of just leaving the bar and hiding under my bed with a bowl of cereal. It's a miracle.

My usual strategy, flirting-wise, is to just accidentally leave my journal at a girl's house and hope she reads all my passionate and tragic entries about the plot of "Dragon Ball Z" and instantly falls in love with me.

But when I'm drunk I'm like, "Hey, do you think Emily Blunt has ever smoked a blunt?" and then she's like, "Wow, you're so funny, can I kiss you on the butt?" and then it's f*cking ON!

Thank you, beer, for making me so cool.

6. Expressing any genuine feeling to someone

I don't think I've ever told anyone anything honest about myself while sober.

OK, well that's not entirely true -- one time I told a doctor, "My poop's been weird recently," which was, like, super true at the time. Also, this other time I told my doctor, "I think I'm in love with Rihanna. Is that bad?"

But apart from that, every time I've said anything like, "Hey, I'm sad sometimes," I've been holding shawarma and trying to keep my eyes open.