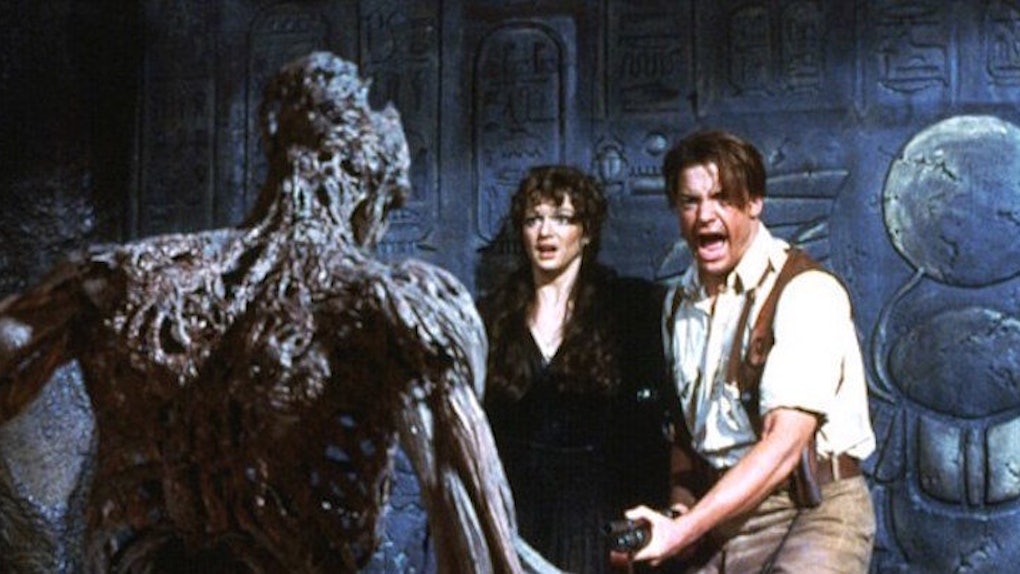 People Are Convinced This 1,500-Year-Old Mummy Is Wearing Adidas Sneakers

"Time Traveling Mummy" sounds like the name of one of those low-budget horror movies that always pops up on Netflix, and even though it doesn't currently exist, there's a situation brewing in the world of anthropology that's just begging to be adapted.

Researchers in Mongolia recently discovered what they believe are the mummified remains of a woman in a tomb in the Altai Mountains, but they found an unexpected surprise after unwrapping her feet for the first time.

As you can clearly see, that mummy is wearing Adidas.

The researchers claim the above image is merely a coincidence and maintain it would be impossible for a woman who died 1,500 years ago in Mongolia to be wearing a pair of shoes from a German company founded in 1949.

However, any layman can clearly see these are classic Adidas. My theory is this is a time traveler and Run-D.M.C. fan who made a wrong turn and accidentally ended up in a wormhole that dumped her in the mountains of Mongolia thousands of years in the past.