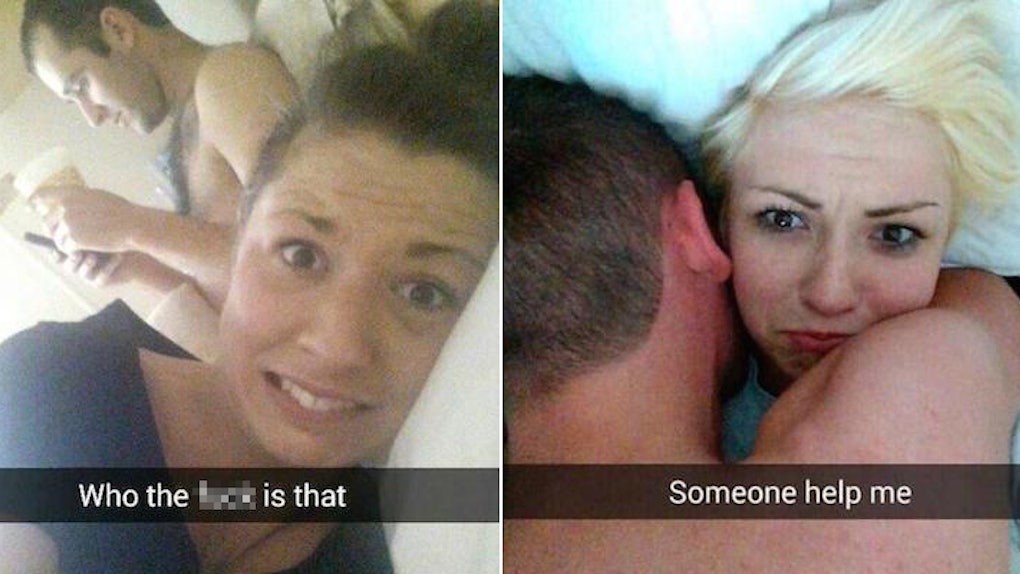 As we casually saunter toward a world in which ideas like "privacy" and "discretion" are merely artifacts of the past, we've seen a number of trends centered around the excessive cataloging of certain moments that probably don't need to be documented in the first place.

At the risk of sounding like a crotchety old man before I'm even old enough to rent a car in certain states, there's probably a better way to document your time at Auschwitz than taking a selfie.

And if the first thing you do after having sex is tell the entire Internet, it might be time to reevaluate your priorities.

Ever since #AfterSexSelfies became a thing that multiple people decided to do earlier last year, Snapchat, Instagram and their assorted ilk have been filled with photographic humble brags from people who just had sex.

Some of them are more awkward than others.

Had an experience that was pretty underwhelming for one of the parties involved?

I like to think the girl was the lone recipient of this message.

I'm pretty sure these are the same people, so this was either staged or their hate for each other is the only thing they have in common.

Four months later, she posted an ultrasound picture with the same caption.

Maybe it's a caveman. I heard they grunt sometimes.

This is a "I really, really don't want to do this, but I will if it means I can keep having sex with her" moment if I've ever seen one.

"Siri, what's the best way to get out from under a dead body?"

That's a great-looking hand. I'd brag about that too.

Roger's friends couldn't help but notice something changed after he watched "Lars and the Real Girl" for the first time.

I guess she regrets having sex with the bully from every 90s movie.

At least she isn't alone in her confusion.

If you look hard enough, you can actually see the gears in her brain turn as she calculates the best way to escape.

At least he waited until she was an ex.

She doesn't know it, but he's sending the exact same thing to all of his friends.