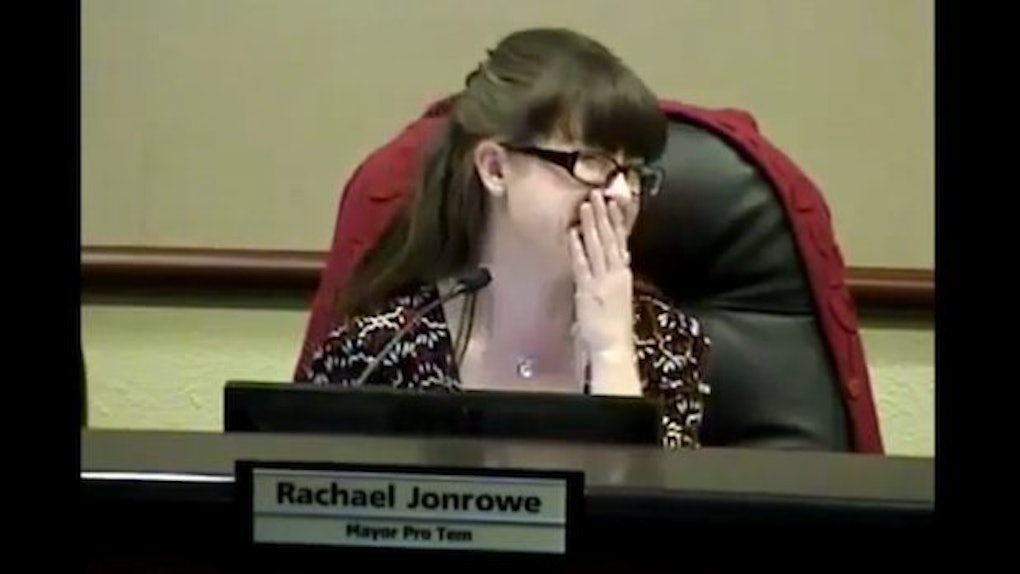 Oops! Mayor Forgets To Turn Off Microphone Before Going To The Bathroom (Video)

It seems that Robert Durst proved himself to be an unwitting pioneer.

After Durst famously confessed to murder while in the bathroom with his interview microphone accidentally still on, everyone jumped on the bandwagon.

During a recent city council meeting, Dale Ross, the mayor of Georgetown, Texas, took a bathroom break and did the same thing.

The "same thing" being he forgot to turn off his mic, not killing people -- although, I guess I can't say for sure he didn't do a bit of murder at some point in his life.

The best thing is that when he waddles back into the room, no one says a thing. And considering his facility with technology, I wouldn't be surprised if he still doesn't know what happened.