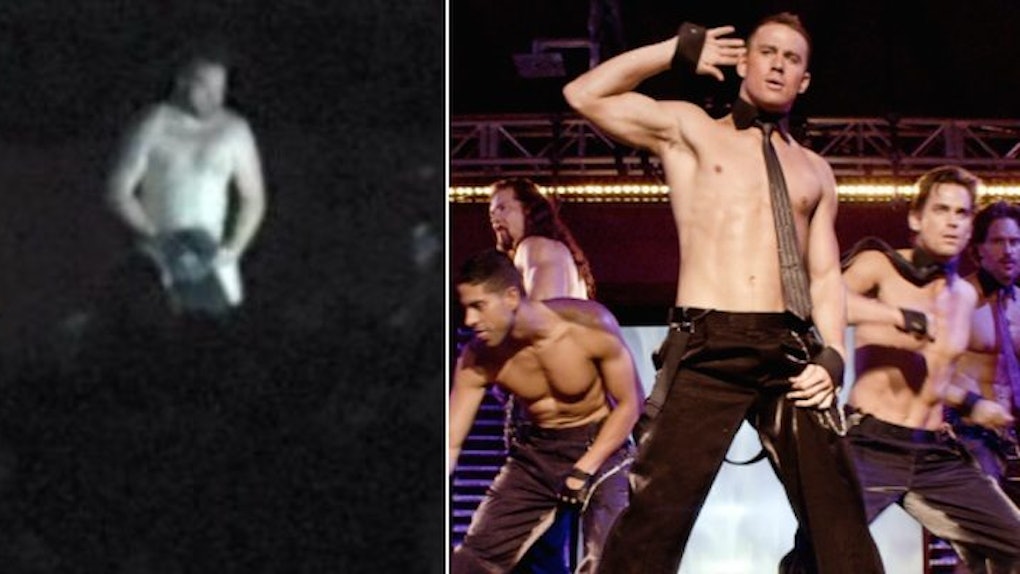 Man Loses Bet On Facebook, Is Forced To Strip At 'Magic Mike XXL'

Channing Tatum, eat your heart out.

It all started when Luke Samson posted a joke status to Facebook.

1000 likes and I'll jump on the stage at Cineworld Eastbourne and do a full strip routine through magic mike xxl @8:30 and thrust my shit up in some unsuspecting Middle Aged womans face! Posted by Luke Samson on Wednesday, July 8, 2015

The car sales executive from East Sussex, England thought he was just making a stupid remark in honor of him and his friends going out to catch the latest installment of the “Magic Mike” series.

Then the status actually got 1,000 likes, and Luke realized he may actually have to put his dollar bills where his mouth is.

Luke told BuzzFeed he waited until the credits started rolling before he broke out dancing to the song "Pony," an homage to Tatum's famous routine from the original “Magic Mike.”

After he finished, the whole audience gave Luke the applause he 100 percent deserved.

You can watch the whole dance here.

Luke better get a role in the next “Magic Mike” movie -- there's gonna be a next "Magic Mike" movie, right?

Citations: This Is What Happens When You Make A Facebook Bet That Youll Do A Strip Routine At Magic Mike XXL (BuzzFeed)