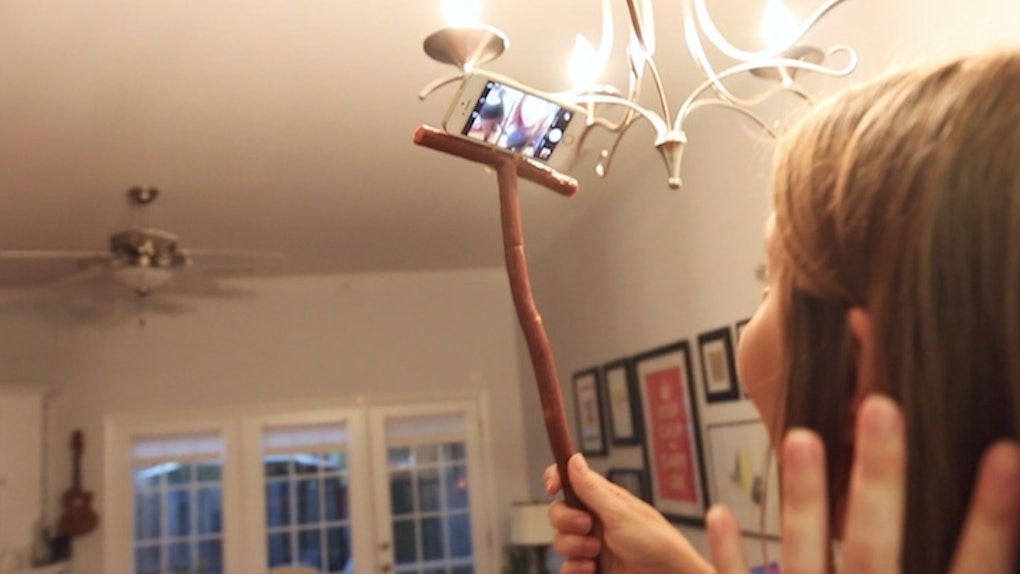 I love selfie sticks because they make it really easy to tell who is and isn't a complete and utter douche. That's valuable information.

After all, spotting someone with a selfie stick is a lot easier than going up to said person and asking if he or she is into #fitspo. Really, selfie sticks should just be called "idiot flags."

Now, for those of you who don't know, selfie sticks are used to take super normal, not weird pictures like this.

Side note: Next time you see a picture of someone's butt in a bikini, just remember you're basically staring at a person's butthole. You're welcome.

But some people, sadly, don't have selfie sticks. So they are forced to make their own.

MY GRANDMA MADE HER OWN SELFIE STICK USING A BACK SCRATCHER AND A RUBBER BAND HahAha IM DYING pic.twitter.com/LKeJrAzorX — Heather (@WilkeyHeather) June 28, 2015

My grandpa made himself a selfie stick out of a yard stick and duck tape. This is greatness pic.twitter.com/ttOpjvU7DV — Cassidy Fry (@cassfry) July 16, 2015

This one also doubles as a weapon for killing zombies.

This person is very meta and decided to make a selfie stick out of an actual stick. Like from a tree. Layers, guys.

This person made a selfie stick out of a real stick pic.twitter.com/o45i9aVI95 — hannah (@HeeeyItsHaannah) June 26, 2015

I love my country so much.