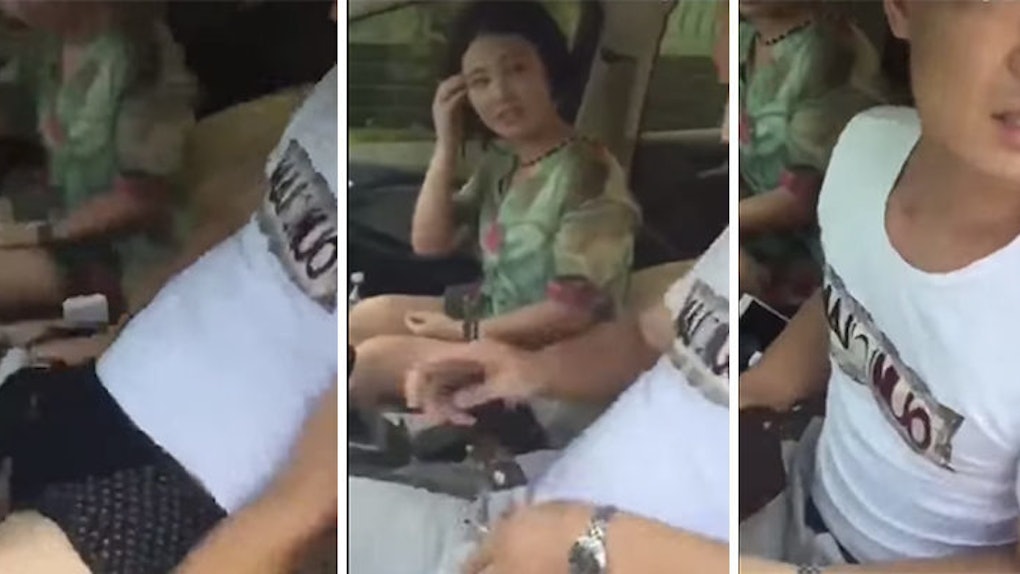 Guy Catches His Sister's Husband Cheating And Confronts Him On Video

In the video above, a man is allegedly caught by his brother-in-law in the middle of cheating on his wife.

Where is he allegedly cheating on his wife? I'm glad you asked this important question.

It was in a parked car.

Not the smartest move in the world, as far as nefarious sexual escapes go.

You might be asking yourself why the brother isn't unleashing on this dude (I do not condone violence of any sort), but it seems like he has brought some cops with him -- in front of whom I extra don't condone violence.

So not only is this guy getting caught doing something very ethically wrong, but it now also has legal repercussions.

The woman in the car seems more embarrassed than is humanly possible. Her expressions are just memes waiting to happen.

Now, to be clear, I don't actually speak the language, so I haven't been able to corroborate that this is actually what's happening here, as BroBible claims -- but whatever the particulars, look, this is a video of a man being caught on camera pulling his pants up and humiliated, and everyone likes to see that. So just enjoy yourselves.

It's Friday. Watch the video of the guy in his underwear looking sad.

Watch it and be happy.