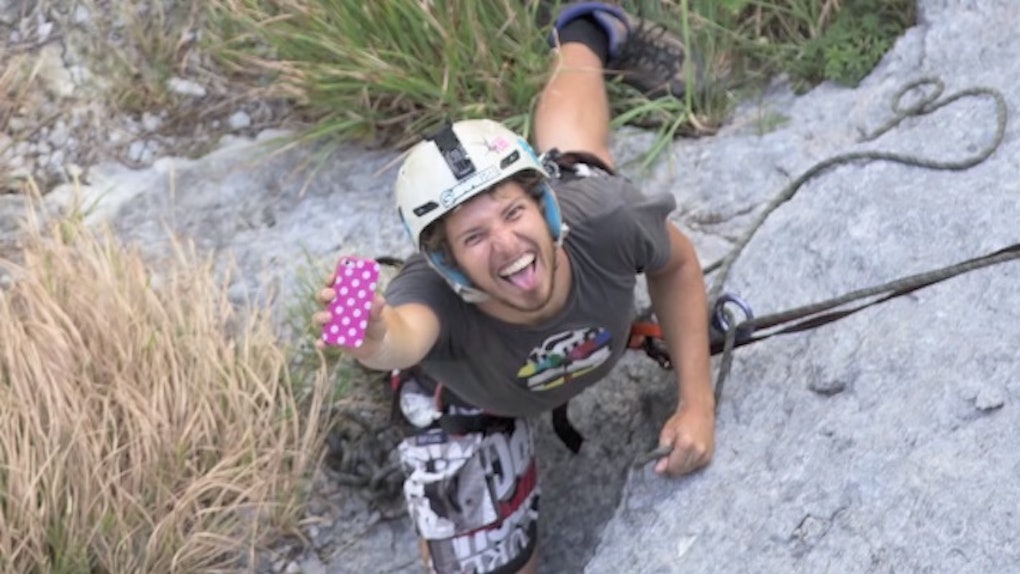 David Laffargue -- a base jumper with the world's most comically French accent -- went on an epic quest to retrieve a stranded cell phone from the ledge of a mountain.

In a video he made to find the cell phone's owner, David explains how he literally had to learn specific rock climbing techniques in order to get the phone after his girlfriend spotted it on a cliffside.

David was hoping for the phone to reveal two things:

Laffargue went 2-for-2 in getting his hopes fulfilled. Pictures on the phone revealed the owner was indeed a “hot chick,” and her last picture was a selfie in full mountain climbing gear, implying she dropped the phone right after she took the picture.

It reportedly took only 17 hours after uploading the video for David to find the woman from the phone.

He told Metro he has been in contact with friends and family of the cell phone's owner, who is currently traveling, but once he gets a mailing address, he plans on shipping the phone back to her.

Moral of the story: Selfie smarter when traversing large rocks.

Citations: Woman travelling the world reunited with iPhone after man learns how to rock climb to retrieve it (Metro)