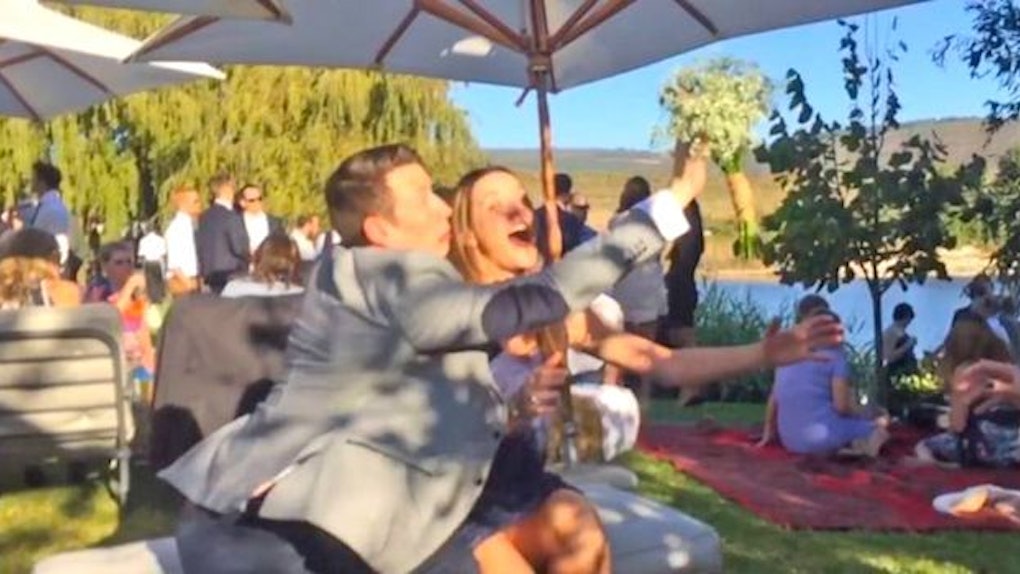 There are few things that scare a boyfriend as much as the word "marriage."

It's understandable, though. The thought of committing to one person for the rest of your life can be daunting, no matter how great the relationship is.

For Daniel Bickerdike, the thought of marriage isn't just a little scary, however; it's completely out of the question.

Bickerdike and his girlfriend, Angie Schultz, were at a wedding in Cape Town when his true feelings about marriage were inadvertently revealed during the bouquet toss.

Bickerdike saw his girlfriend reach for the bouquet and he panicked, as it's believed whoever catches the bouquet will be the next to wed.

Bickerdike couldn't have Schultz expecting a proposal, so he did the only thing he could think of: He lunged for the bouquet and swatted it, mid-air, out of his girlfriend's way.

Needless to say, she wasn't too thrilled (although they claimed they both laughed about it later).

Fortunately, the hilarious moment was caught on video. You can watch the dramatic clip up top.

Citations: Hilarious moment guy pushes the bridal bouquet away from his girlfriend as she goes to catch it (Metro)