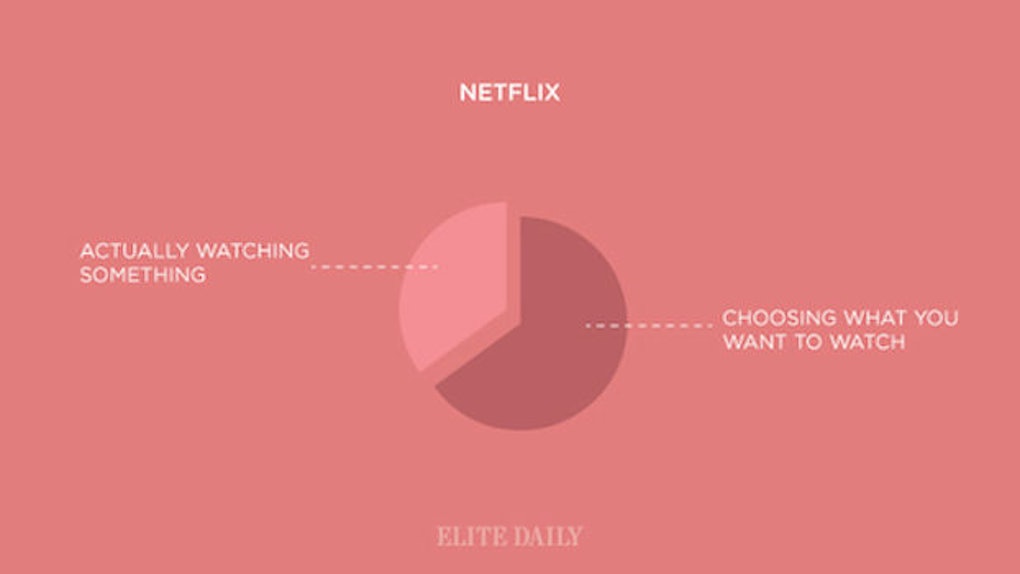 I like to believe I'm a free-thinking individual who doesn't conform with the rest of the crowd, but I know that everybody reading this probably thinks the same thing because we aren't actually unique, as much as we'd like to believe we are.

It's nobody's fault -- just like all humans need to sleep, eat and drink to survive, lots of people in their 20s seem to have an innate need to eat cheap delivery, sleep with people they met on Tinder and drink copious amounts of moderately-priced alcohol.

I was planning to conduct a nationwide survey of Millennials in an attempt to track the things that bring us all together, but I realized I don't know how to do that and I'm pretty sure I wouldn't have been reimbursed if I had tried.

Instead, I decided to put together some charts and graphs I assume describe the life of the average person figuring out how to become an adult:

"Just checking in" is a codeword for so many things.

Now that I think about it, I might have made the smallest piece of the pie a little too big.

In fairness, they're probably the ones paying for those calls.

And if you're paying your own cell phone bill: Congratulations! You're officially more adult than most of us!

Choosing where to order from is the hardest decision some of us will ever face.

Even though you end up ordering from the same place 80 percent of the time.

The debate above is rivaled only by trying to figure out what to watch while waiting for the delivery guy to show up.

If you're lucky, you might even pick something before he knocks on the door. Probably not, but there's a chance.

All things considered, you still get a pretty good return on your investment.

Honor the ones lost during active duty and appreciate the service of the reserves (even though they'll probably expire before ever seeing battle).

Eating healthy is a fantastic idea until you realize the time, effort and money you have to invest.

Hey, you got an avocado. It's a start.

"I promise never to drink again... besides the one Bloody Mary I'm going to order at brunch."

If I had a dollar for every time I've said "I'm never drinking again," I'd be able to buy a lot more drinks I'd regret the morning after.

Over time, you'll stop dropping it all together because the universe loves irony.

This will only happen once your screen looks like the opening credits of "Spiderman."

A sink full of dirty dishes is the biggest ticking time bomb of all.

Just tell the police he never used the dishwasher even though it was right next to the sink. They probably won't even press charges.

Optimism can only take you so far.

I forgot to include "Self-Hatred," but I think you get the idea.

Does puking in an alley count as negative calories?

I'm telling myself it does regardless of the actual answer.

Having fun is useless unless you take lots of pictures of yourself doing it.

Life is likes. Likes are life.