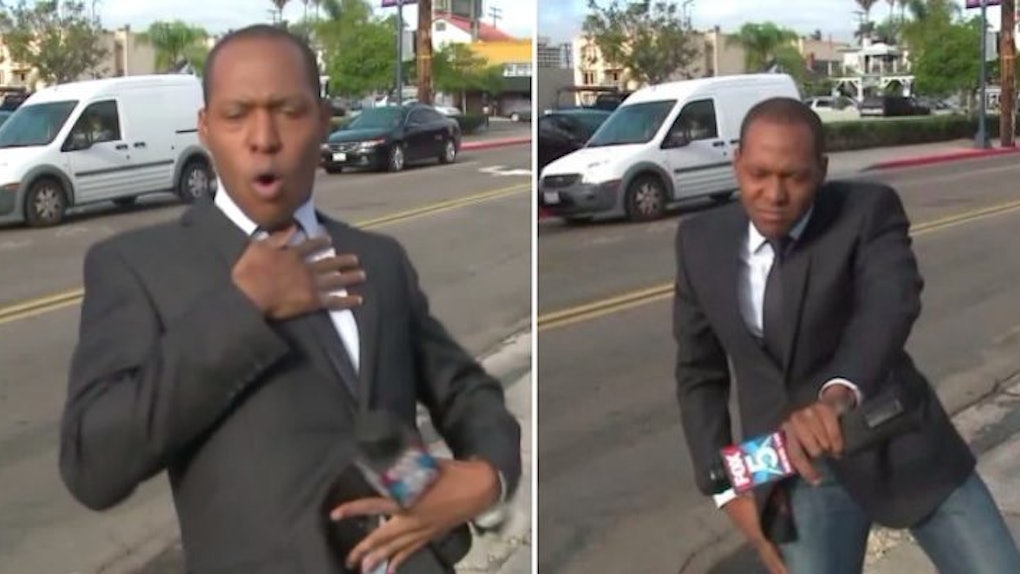 If there is one thing broadcast journalism needs way more of, it's spirited dance routines.

Cue Walter Morris, a reporter with Fox 5 San Diego, who uses his time off the air to get down to Silentó's “Watch Me (Whip/Nae Nae).”

When Morris' coworkers catch his moves on the monitor, they decide to include the clip in an on-air segment.

While discussing his dance moves on live television, the anchors' boss suggests Morris' dancing comes from his pure joy for the job.

Any boss who understands an employee needs the occasional dance interlude to express himself or herself is definitely a keeper.

Citations: Reporter Busts Out His Best Dance Moves During On Air Break (Cosmopolitan)