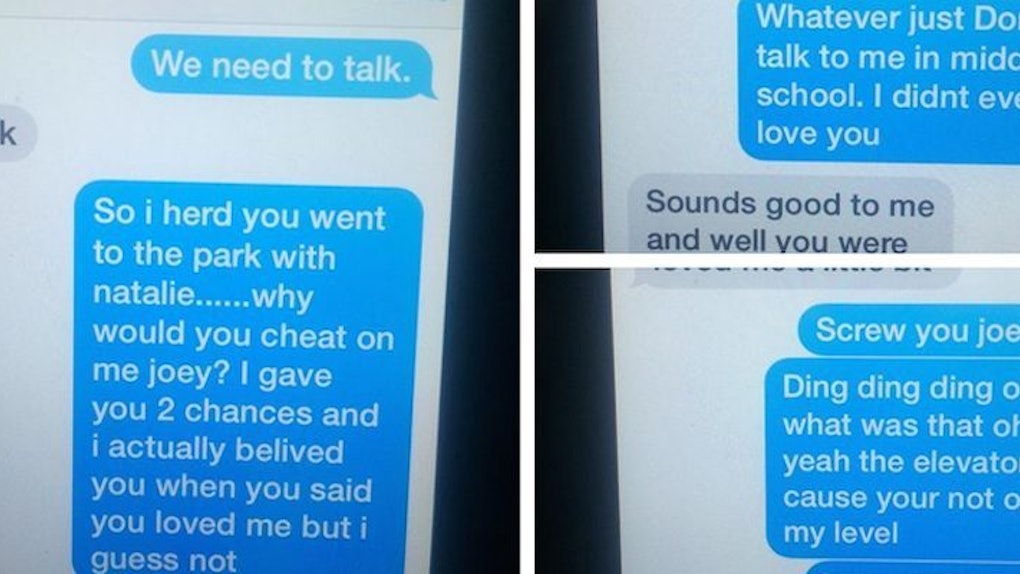 Madi Nickens, a 17-year-old from Texas, tweeted screenshots she claims are her sister's breakup texts, and they're nothing short of hilarious.

The screenshots show her 11-year-old sister telling her (ex) boyfriend, Joey, she heard he was with another girl at the park, and she will not have it.

Madi's sister starts the conversation with the all-time breakup classic, "We need to talk," and it's all downhill from there.

Joey's responses are pretty great, too; he told her she once bought him a drink at Starbucks, so she "obviously loved [him] a little bit."

She already gave you "2" chances, Joey. Come on.

Woah, this is definitely a college-level breakup burn.