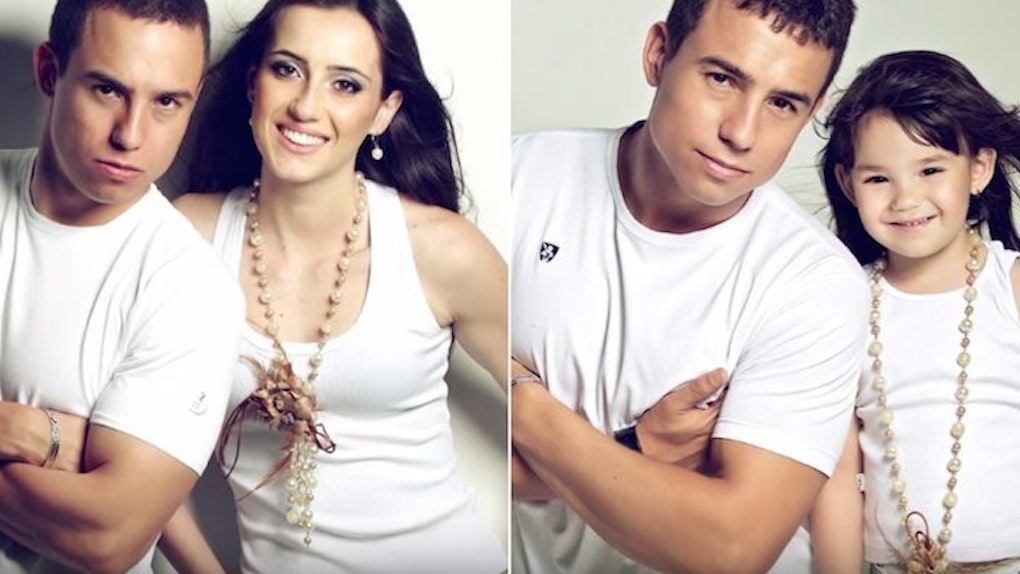 Everyone copes with the loss of a loved one in a different way.

For a Brazil-based blogger and his 2-year-old daughter, Raisinha, it was through the gift of photography.

Despite the fact that death is never easy to deal with, Del Col thought of a neat, happy way to honor his wife. The idea stemmed from Ben Nunery, another father blogger who lost his wife to her battle with cancer.

Nunnery honored his wife by recreating their wedding photos with his daughter taking her place in each of the photos.

That's when Del Col got the idea to recreate his favorite photos he took with his late wife; but this time, he would feature his daughter.

The results? Well, just grab yourself a box of tissues first.

Check out the heartwarming video above for a closer look!

Citations: Brazilian Blogger Recreates Photos of His Deceased Wife with Their Daughter (GOOD)