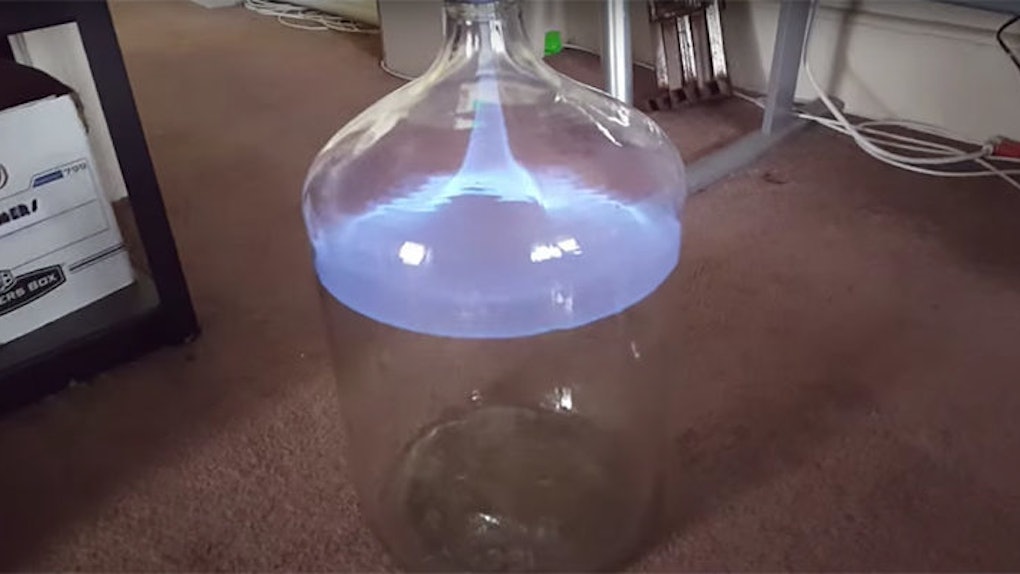 People have been doing questionable sh*t in the comfort of their own homes for years now, but this man lighting up a "whoosh bottle" might be up there with the very dumbest of them.

This science experiment, found on Reddit, has been making its rounds because not only does it sound and look completely insane, but it's also pretty much just a bomb about to explode.

Pouring flammable liquid out of a giant glass jug then lighting the vapors isn't exactly the smartest choice. Let's hope this doesn't turn into some new, weird-ass Internet trend.

According to the YouTube description, the fools that tried this came to the conclusion they'd never do it again, which is, ironically, probably the smartest thing they've ever done.

Edit... apparently sometimes these explode violently, and I could have died from glass shrapnel to the neck. We probably won't do this again.

This is what happens when people watch too much "Breaking Bad."