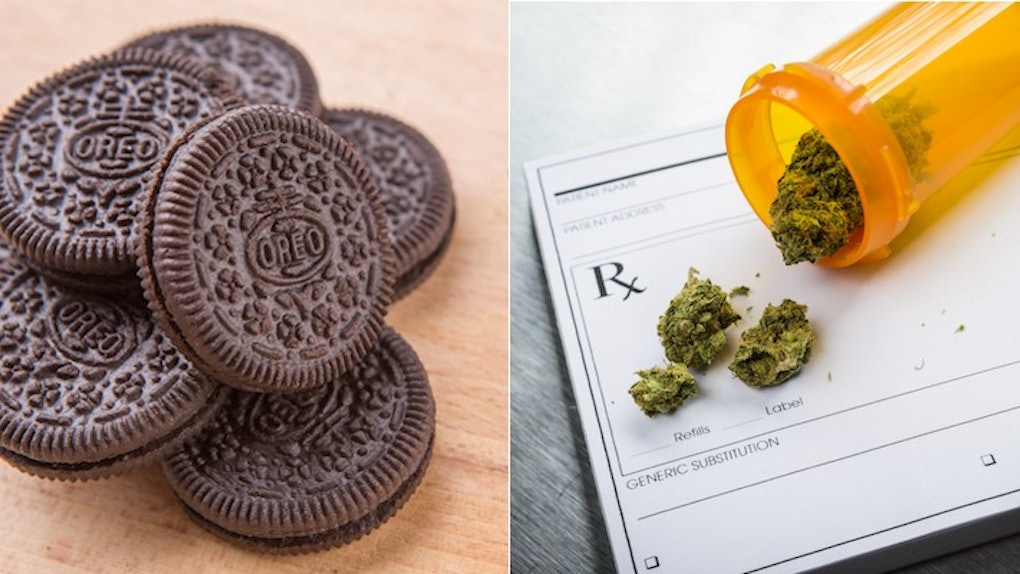 Ready for an interesting fun fact on one of the world's most coveted plants?

In a recent study conducted by Marijuana Business Daily, it's reported that the United States sold $3.4 billion worth of legal marijuana in 2015. Now, don't get me wrong, that's super interesting, but certainly not the most interesting part of the study.

The study also concluded that the United States purchased more legal weed in 2015 than a number of the country's most popular snacks, including Pringles, Twizzlers, Oreos, Girls Scout cookies and Dasani water.

With Oreo raking in just over $700 million in sales last year, you have to wonder if people are even getting the munchies anymore. I mean, we're buying five times as much legal marijuana as we're buying "America's Favorite Cookie." That's bizarre.

According to Statista, legal marijuana sales could reach $4.3 billion in the US this year.

As for Oreo, well, I think it'd be a no-brainer for them to enter the marijuana edibles market at some point!

Check out the chart below for a closer look at how some of the country's favorite snack brands match up against legal weed: