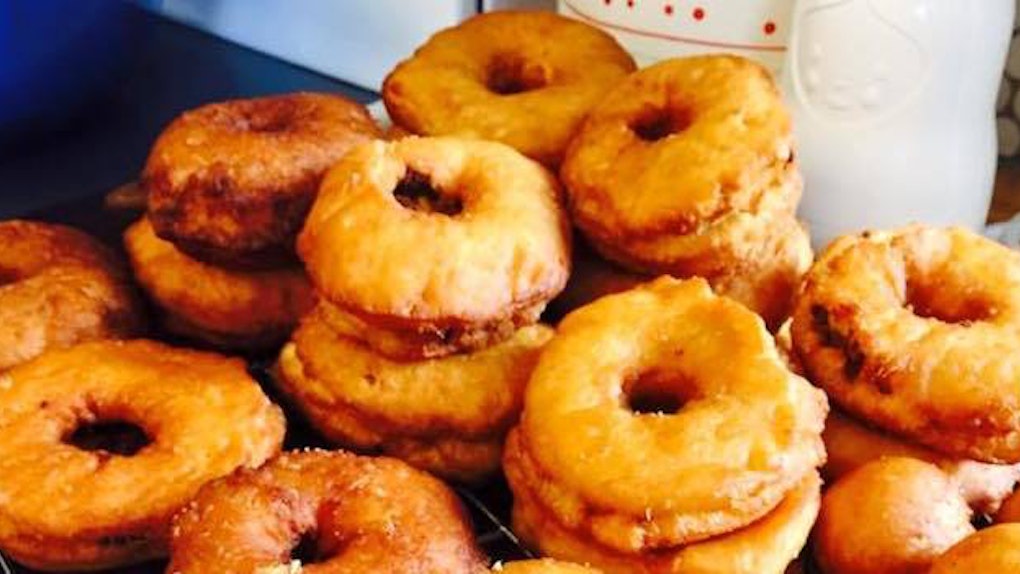 We've been seeing some pretty insane food creations blurring the lines between sweet and savory lately.

Well, if you thought that was awesome, you might want to brace yourself. Some evil genius set out to give a bunch of sweet snacks a meaty, Mexican-inspired makeover.

That's right. Feast your eyes on the Taco Donut.

Created by a guy named Dylan, aka Barryabrams on Reddit, this insane Frankenfood bridges the gap between dinner and dessert by transforming a bunch of boring donuts into a delicious taco treat that pretty much tastes like a South of the Border fiesta in your mouth.

About 13 years ago, Dylan came up with the blueprint for this heavenly hybrid.

Using special 123Design software and the help of some "culinary craftsmen," Dylan was able to create a donut slicer to hold the almighty taco meat filling.

Then, they 3D printed this bad boy and got to work on the glorious Taco Donut.

To make Taco Donuts, they took Pillsbury's Grands biscuit dough and loaded it up with ground beef. After sealing in the meaty inside with another layer of dough...

...they deep-fried these delectable treats to crispy, golden perfection.

And they decked it out in all the essential taco toppings, like queso, sour cream, cilantro, Sriracha and, of course, guac.

And if you were wondering, yes, this Frankenfood tastes just as delicious as it looks.