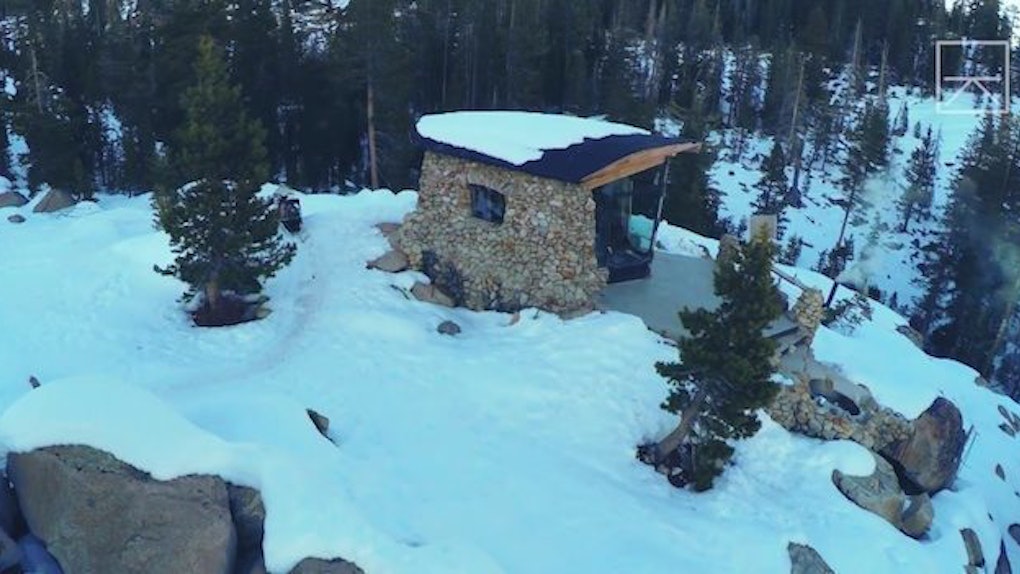 Snowboarder Builds Incredible Tiny House In The Middle Of A Mountain

If you had 40 acres of land to your name, what would you do with it?

In a recent video uploaded to YouTube by Seeker Stories, we're introduced to Mike Basich, a California-based pro snowboarder whose dream has always been to build his own home in the mountains.

After making tons of money and experiencing all of the awesomeness that comes along with being a pro boarder, Basich decided to grant himself his ultimate wish and move forward with the production of his dream house in Truckee, CA.

Throughout the video, Basich gives "Going Off Grid" host Laura Ling a tour of the 225-square-foot home, which features no toilet but does have a hot tub.

Basich expresses that he's content with his decision to move away from the bustling cities of America and live in a much more secluded area, where he doesn't feel like he's racing against time.