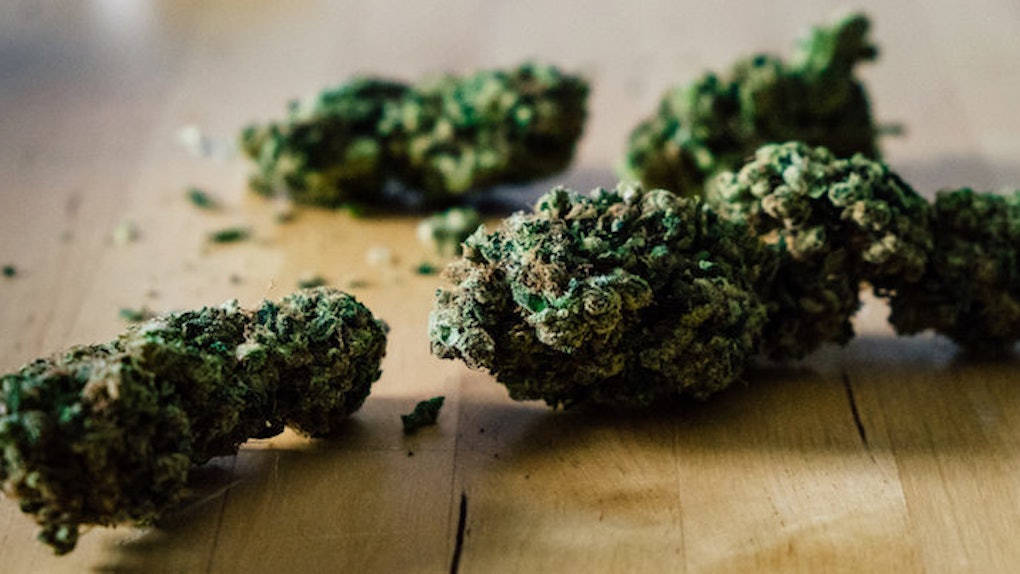 The research on cannabis and its effects on our health have been limited thanks to laws that have made it extremely difficult to test. Now, as cannabis use gains acceptance and becomes more mainstream, researchers are finally able to start testing the longterm consequences and benefits.

As research picks up speed, we will likely find that marijuana is neither the panacea nor the addictive evil that some would like to make it. One new study from Columbia University Medical Center points to the more negative side, however, with evidence that cannabis use may have a detrimental effect on dopamine in the brain.

In previous studies, it's been proven that drugs like cocaine and heroin affect our brain's ability to release dopamine, an important neurotransmitter that aids the brain's reward and pleasure centers. By stimulating the brain much more than natural rewards, smoking weed causes your brain to adapt, reducing the number of dopamine receptors.

As a result, you become less responsive to cannabis over time and have to smoke more to feel the same high. Ask any practiced stoner and you'll discover that building a weed tolerance is an actual thing. But the scientific evidence for this phenomenon wasn't available -- until now, that is.

Dr. Anissa Abi-Dargham, professor of psychiatry at Columbia University Medical Center and a lead author of the paper, said,

In light of the more widespread acceptance and use of marijuana, especially by young people, we believe it is important to look more closely at the potentially addictive effects of cannabis on key regions of the brain.

The study analyzed the dopamine levels of 11 participants aged 21 to 40 who were characterized as severely dependent on cannabis, along with 12 matched controls. The cannabis-dependent participants were then admitted to a hospital where they abstained from smoking for a week. At the end of the week, both groups of volunteers were given an oral amphetamine to trigger a dopamine release.

Comparing the users and non-users side by side, there was a notable difference, scientists say, between their brains' ability to release dopamine. Compared to the controls, the cannabis users released less dopamine in response to the amphetamines and didn't perform as well on cognitive learning and memory tasks.

Because of the small sample size, this study is far from conclusive. That being said, it does show that, as with everything, it is important to strike a balance. If you notice cannabis drastically affecting your ability to learn and remember things, seek help to wean yourself off.