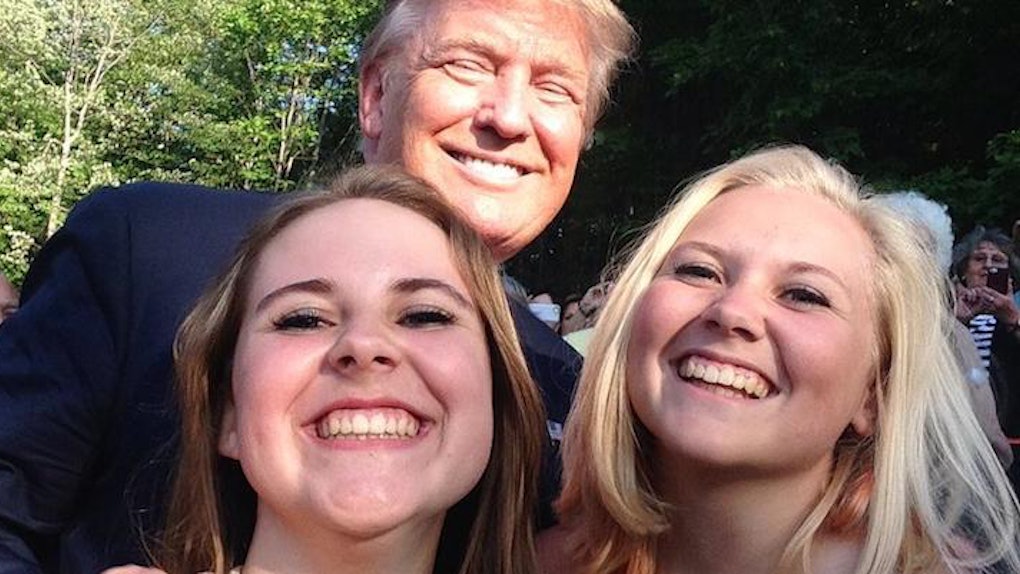 Two Sisters Are Taking Selfies With All Of The Presidential Candidates

There seems to be an endless variety of selfie trends out there.

Recently two sisters from Merrimack, New Hampshire, Addy and Emma Nozell, set out to give their Twitter account some political flair in honor of the upcoming elections.

The sisters are on a mission to snap selfies alongside as many presidential candidates as possible, and thanks to their impressive uploads, these girls are gaining a lot of attention both on and off the campaign trail.

It began on July 2 when Emma snapped a selfie of herself with New Jersey Governor Chris Christie.

Since then the sisters reportedly posed with 15 of the presidential candidates, including Scott Walker, Donald Trump and even the selfie-opposing candidate Rick Perry.

These girls have their presidential selfies down to a science. If you're looking to get a few political pictures yourself, they suggest you find a gap in the crowd, make eye contact, smile and always make sure you ask for permission before snapping away.

Unfortunately, the sisters won't be old enough to vote in the New Hampshire presidential primary election, but Addy will be old enough to cast her vote when the general election rolls around.

Take a look at the pictures below to see all of the candidate photos from the Prez Selfie Sisters.