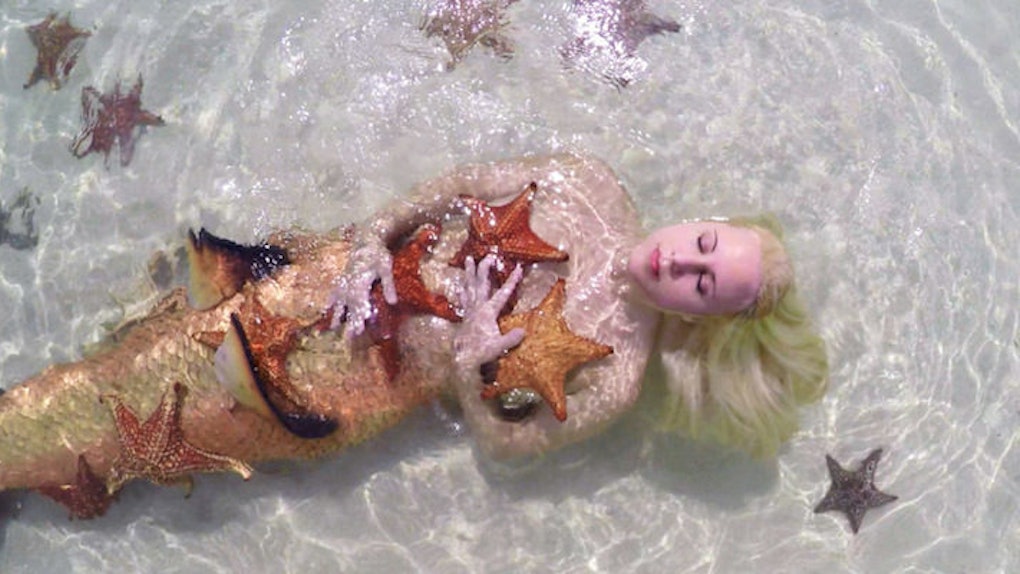 Most kids dream of becoming nurses, firemen or astronauts when they grow up.

However, I spent most of my childhood convinced I was going to become a mermaid and move to Atlantis.

Sadly, my career aspirations took a detour after my second-grade teacher informed me being a mermaid was not a real job, and it was impossible to sprout a tail and gills.

But apparently, she lied.

Melissa is a professional mermaid. She spends her days performing in pools and giant tanks or swimming freely through the waters surrounding the Cayman Islands.

However, being a siren of the sea isn't always an easy task. Before each swim, Melissa undergoes her mermaid transformation by putting on a stunning tail that weighs 60 pounds.

Having a heavy tail isn't the only thing that makes the job dangerous. Apparently, Melissa's mermaid disguise is too convincing: Sometimes, sea creatures mistake her for fish food and try to make a meal out of her.

But despite the dangers lurking in the deep, this little mermaid won't let her fear of becoming the next catch of the day stop her from swimming alongside her fishy friends.

...but these scales actually belong to Melissa Dawn.

Melissa is a professional mermaid...

...and she spends her days performing for others in tanks, pools and the open sea.

Before diving in the ocean, Melissa puts on a giant mermaid tail.

But, having a large tail isn't the only thing weighing this mesmerizing mermaid down.

Melissa performs in waves that can sometimes reach 20 feet in height...

...and she also has to watch out for hidden dangers lurking in the deep sea.

Recently, she had a close call with a stingray and an encounter with a bowmouth guitarfish.

Luckily, she wasn't seriously harmed by either creature.

According to Melissa, "I actually am more worried about jellyfish than sharks. Jellyfish are unpredictable. I know the shark's pattern. They're not looking for a giant mermaid that is their size."

At the end of the day, Melissa will continue to swim through the sea as a mythical mermaid.