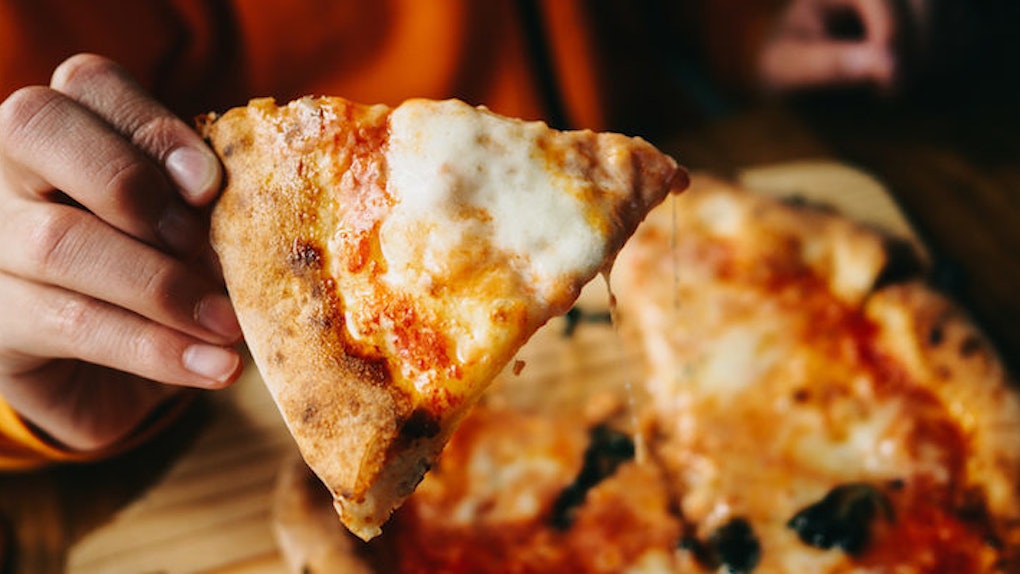 There are some things in life that just belong together.

You know, like peanut butter and jelly, spaghetti and meatballs and, my personal favorite, pizza and beer.

If you also happen to be a big fan of sipping some ice cold brews while you stuff your face with a bunch of gooey cheese-dripping slices, your precious pizza is about to get even better.

It turns out you can now enjoy your beloved beer and pizza at the same damn time, because beer-infused pizza is now a real thing, and it looks simply glorious.

Apparently, a Pizza Hut in London is the brainchild of this beer-infused dough, and today, it will be launching a one-day test run of this heavenly hybrid pizza.

We know that craft beers are really popular right now and we're celebrating this not just by adding craft beers to our menus, but also by adding this to our pizza dough.

Depending on how the trial goes, there's a chance Pizza Hut may just add this tasty treat to its menu at 270 of its restaurants throughout the UK.

If you're lucky enough to live in England, you can stop by the Finchley Lido Pizza Hut in north London and whisper the secret code words “I like it hop” to score some of this awesome beer-pizza for free today.

Check out the tweets below for a closer look at this delicious new beer-pizza.

A Pizza Hut in London just made all of our delicious dreams come true...

...by combining two of the best things on Earth.

That's right. Pizza Hut will be trying out a new beer-infused pizza today...

...and as you can imagine, people are obviously pretty excited about the idea of scoring some beer-pizza for free!