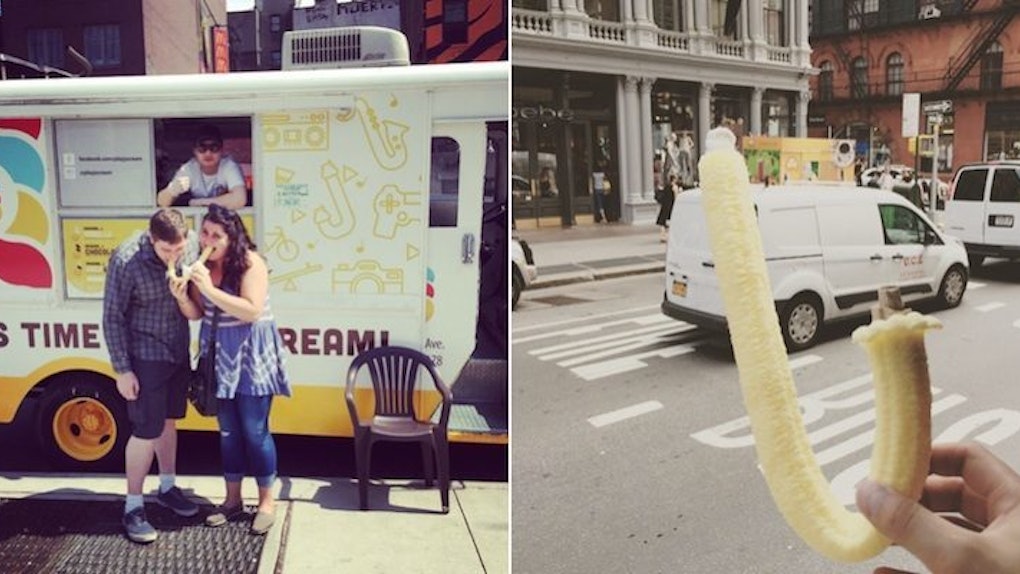 This Ice Cream Cone Looks Like A Dick, But It's Actually Brilliant (Photos)

I'm just going to get this out of the way: Yes, this ice cream cone looks like a giant penis.

This phallic feeder is actually quite brilliant. The unique shape eliminates drippage, allowing for maximum ice cream enjoyment, unlike the upright cones of ice cream shops from the past.

The long J-shaped cone is modeled after Jipangyi, a popular South Korean dessert, and was first brought stateside by Chulho Kang and Rich Kion, the owners of the Play J Ice Cream truck in New York.

The cone quickly became a favorite among hungry New Yorkers and made several appearances on Instagram since its debut.

...while others know it looks like a fat D, but they don't give a f*ck.

And as for the creators, the strangeness is half the fun.

The company tweeted, “We don't just wanna serve you an ice cream…"

"We want you to enjoy, have fun, and experience something new.”

As far as I'm concerned, it's a success.