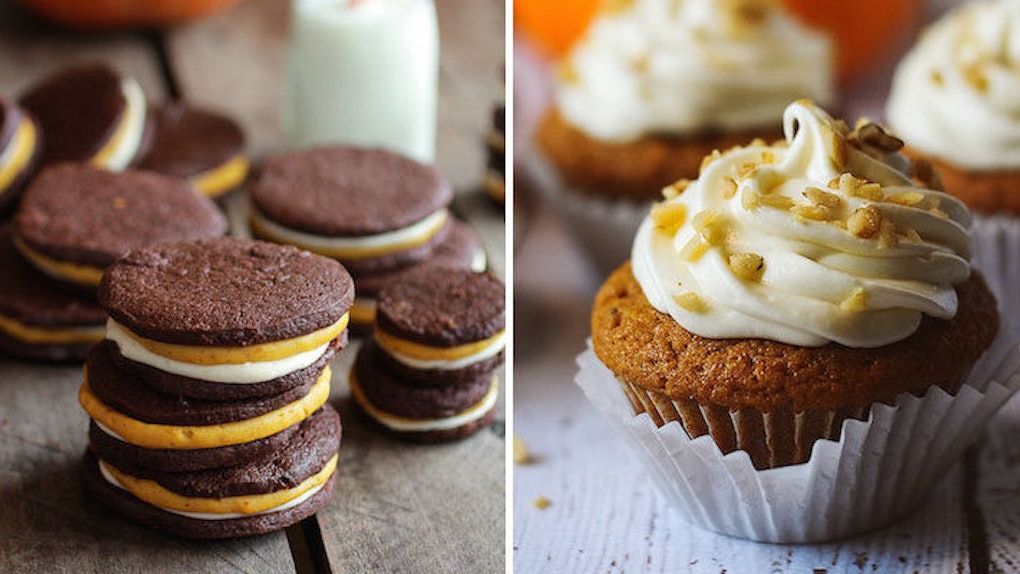 Ditch The Latte: 25 Ways You Can Step Up Your Pumpkin Spice Game (Photos)

Autumn is right around the corner, so you know what that means.

The most glorious time of the year is upon us: the season of all things pumpkin spice.

Yep, it's only a matter of time before bunches of Ugg-clad basics celebrate the return of their beloved PSLs by flooding Instagram with uploads of their favorite fall treat.

Don't get me wrong, pumpkin spice lattes are pretty damn delicious and I totz love them just as much as the next basic bitch.

However, there are actually so many other ways to enjoy this scrumptious seasonal spice that I literally just can't even.

From cookies and ice cream to cupcakes, waffles and all sorts of boozy beverages, there are endless recipes out there to get you your pumpkin spice fix without a trip to Starbucks.

So we set out to find delectable pumpkin spice treats that are way better (and a lot less basic) than those boring, old pumpkin spice lattes.

Take a look at the pictures below to see 25 ways to take pumpkin spice to the next level.