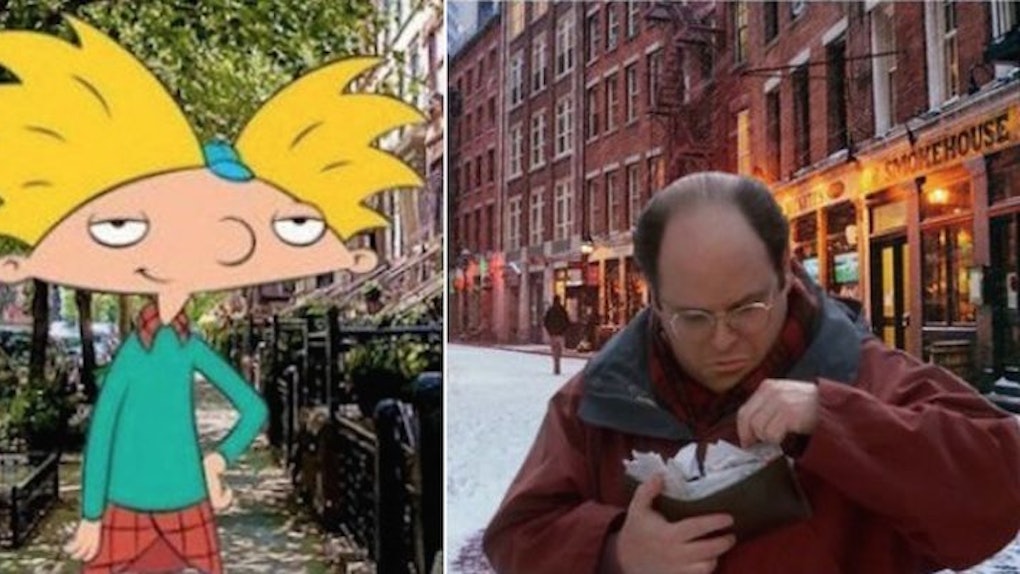 We've all seen our favorite fictional characters on television.

But, have you ever wondered what your favorite cartoons and sitcom stars would look like if they jumped off the screen and onto the bustling streets of New York City?

Well, thanks to two clever guys over at College Humor, we no longer have to wonder.

Recently, Joel Kane and Joseph Berndt gave a bunch of fictitious television characters a new, city-inspired identity by remaking them as people from the popular Humans of New York series.

The HONY spin-off includes everything from the crazy antics of Kramer to a few "Sesame Street" characters highlighting the shortcomings of the public school system.

Just like the original series, each image is accompanied by a backstory that gives you a glimpse into the daily struggles faced by your favorite fictional characters, and they're all pretty hilarious.

Take a look at the photos below to see this reimagined version of Humans Of New York.

Ted Mosby from "How I Met Your Mother"

Samantha Jones from "Sex and the City"

Holly Golightly from "Breakfast At Tiffany's"