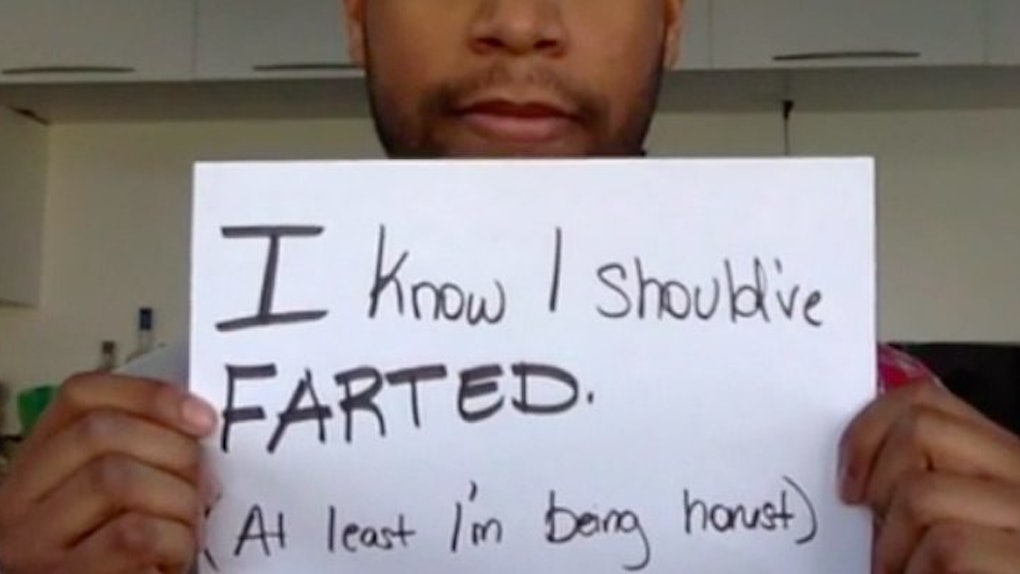 These Videos Of Misheard Lyrics To Your Favorite Songs Are Hilarious

I happen to be a big fan of carpool karaoke. So if you ask me, there's nothing better than grabbing a couple of your BFFs and belting out the lyrics to some of your favorite songs.

However, through experience, I've come to find we often think we know the words to our favorite tunes a lot better than we actually do. Yep, sometimes it can be a little hard to understand what artists are actually saying in their songs.

So naturally, we all just make some shit up that sounds close enough to whatever the fuck they're singing about.

If you're one of the many musical offenders out there who still thinks T-Swift's "Blank Space" song is about "lonely Starbucks lovers," don't worry. You're not the only one guilty of committing some hilarious singing slipups.

We recently came across a trend on Twitter called "Misheard Lyrics," which pokes fun at the absurd words people mistakenly hear in their favorite songs. I have to say, these alternative versions are funny AF. No, really, I think these creative renditions might actually be better than the OG versions.

Check out the clips below to see these hysterical misheard lyrics:

Hey, at least I'm being honest.

Forget the sky. Instead, Imma touch this guy.

Aha! There are my Teletubbies.

Please, unicorn, eat popcorn with me.

I would beat off a guy.

Be careful what you wish for.

Someone get this girl a damn cupcake ASAP.

All this time I was vining myself when I really should have been looking at Google Maps.

And I got this soda.

Misery? Missouri? They're pretty much the same.