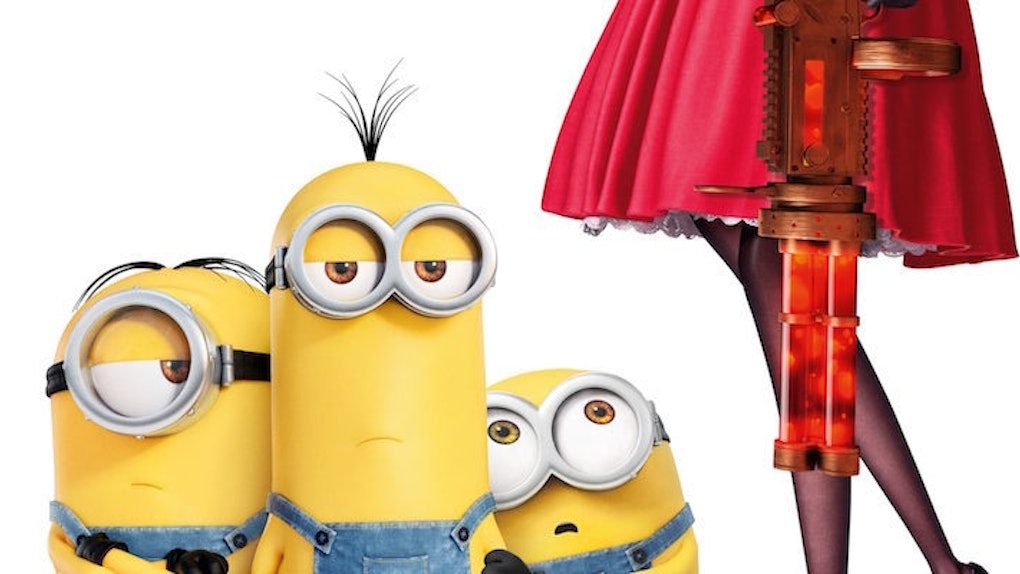 Did You Notice This One Thing Women On Movie Posters Have In Common?

You probably haven't noticed before, but your favorite movies have more in common than you might think.

Yep, if you take a look at the posters that go along with your beloved blockbusters, you'll discover a pretty disturbing trend: Many women in movie posters are missing their heads.

I mean seriously, what does Hollywood have against female faces?

Comedian Marcia Belsky recently set out to ask the same question with her latest project, a Tumblr called The Headless Women of Hollywood.

The project showcases images of objectified and headless female bodies used commonly in Film & Television posters, and seeks to bring attention to the still standard practice of fragmenting, fetishizing, and dehumanizing the images of women we see on a daily basis.

The project features posters from a variety of genres ranging from action movies and horror films to sci-fi thrillers and everything in between, highlighting the fact this issue isn't just isolated to a single type of film.

Check out the photos below for a closer looks at Belsky's thought-provoking project.

If you do a side-by-side comparison of your favorite movie posters...

All the ladies in these photos are missing their damn heads!

...with her latest Tumblr project, The Headless Women of Hollywood.

The series showcases a variety of TV and film posters that aims to bring attention to this common yet often overlooked issue of faceless female bodies.

Belsky breaks down the issue of removing women's faces from these posters on her website, where she writes, "By decapitating the woman, she becomes an unquestionably passive object to the male gaze."

Belsky continues, "The question of her consent is removed completely alongside her head, and her purpose becomes solely that of being looked at by men obediently. Her value is that only of her sexual appeal to men, and not of her personhood...

...The consistent fragmentation of women's bodies, with particular focus on the boobs, butt and lips, separates the sexualized female body parts from her wholeness."

"Thus," Belsky explains, "as fragmented parts, the viewer does not have to morally reconcile the woman who is being objectified with her complete humanness."

This eye-opening series shows the problem isn't just limited to one type of movie genre either...

Since faceless women can be found gracing the posters of everything from the movie "Showgirls"...

And the "Suicide Squad" film...

...to your beloved "Minions" movie.

It's definitely time to start bringing women's faces back into the spotlight.