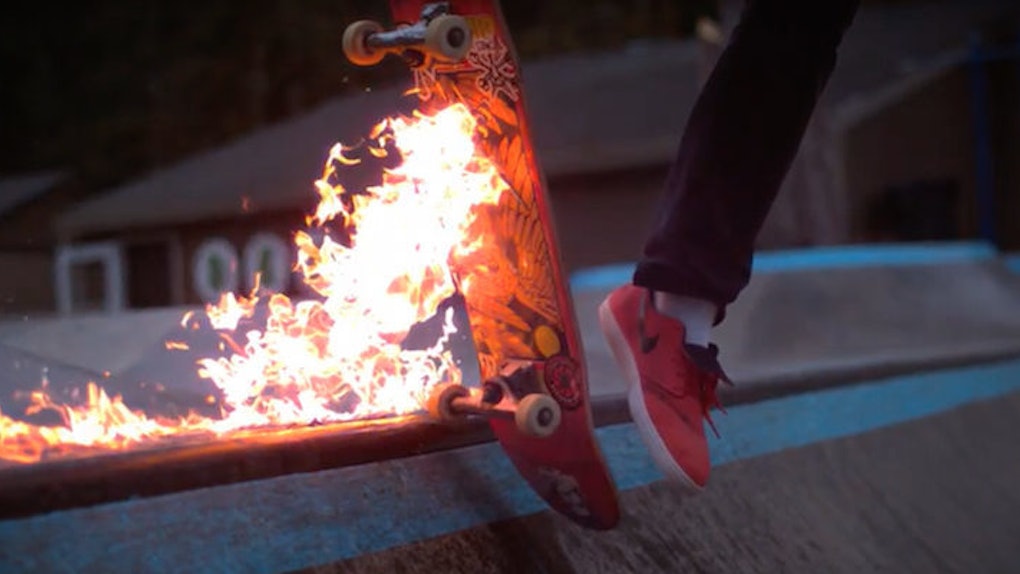 In a new video by the YouTube channel, BeyondSlowMotion, a bunch of dudes set their skateboards on fire and proceeded to ride them like it was no big thing. They call themselves "The Flamers."

JK, but they really did ride over fiery rails and ramps like legit circus performers. Then, they set their pyrotechnical ride in slow motion so you could get a more detailed look at the multiple levels of risk-taking going on here. Because why not? It's still a free country after all.

I am concerned about the rubber soles of their Vans melting, though. You don't want to mess around with the fumes wafting off that sh*t.

Watch the video above to get a piece of the flaming action.