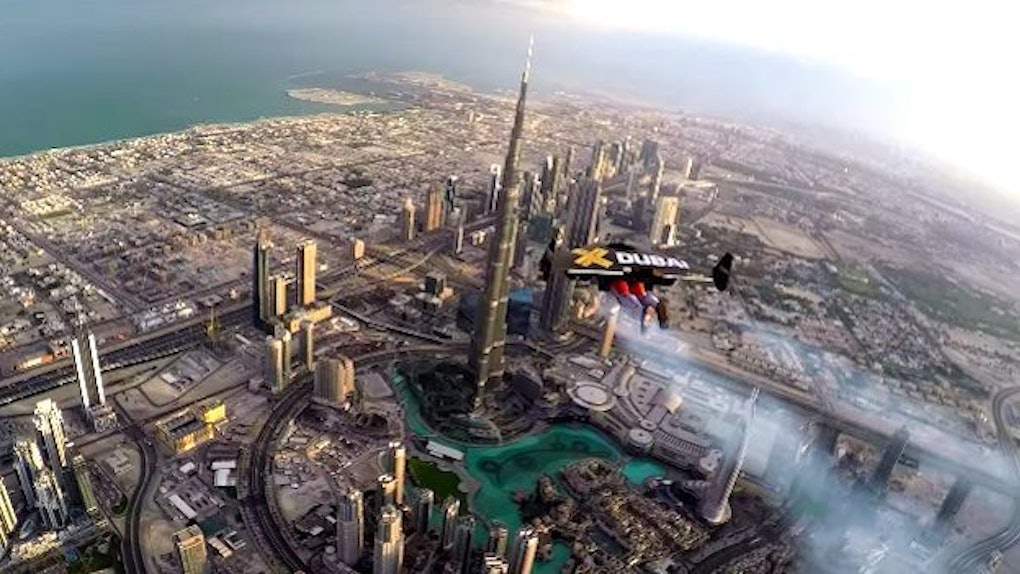 By now, we've all gotten over the fact that we can't fly.

Sure, we might've attempted to do so immediately after watching "Space Jam" and listening to R. Kelly's "I Believe I Can Fly" on our Walkmans over and over again. But the fact of the matter is, humans are just not airplanes...

Unless you're Yves Rossy or Vince Reffet.

The two daredevils were featured in a new video recently uploaded to YouTube by XDubai where they showcased their Jetman skills.

The Jetman is a jet engine connected to carbon fiber wings, and it attaches to your body and allows you to fly like an airplane. We showed Rossy's flight over Mount Fuji back in 2013.

In this video, Rossy and his protégé, Reffet, suit up in their protective gear for an exhilarating flight over Dubai.