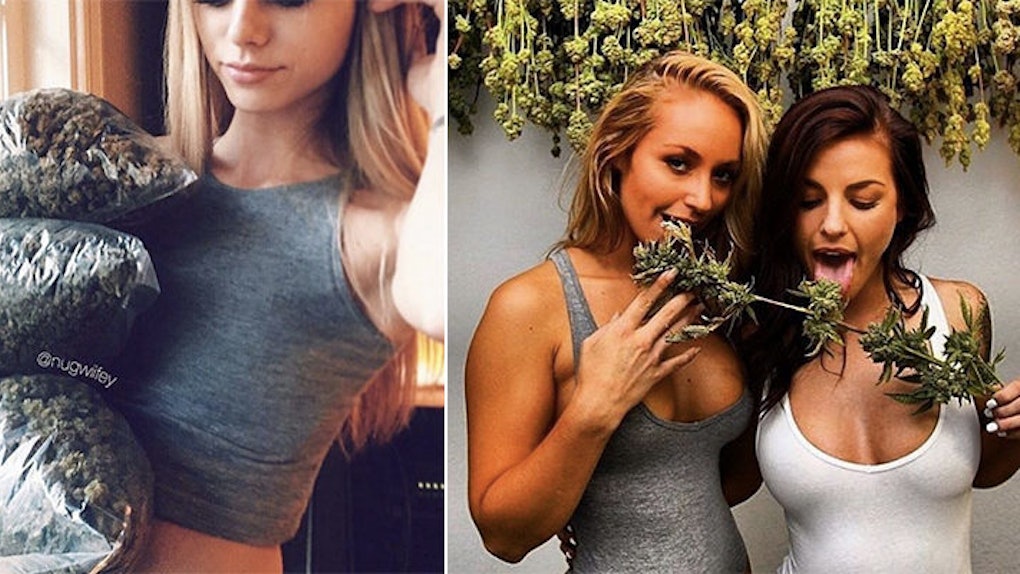 The sacred holiday of 420 has come and gone, but the special thing about 4:20 is it happens every day. Twice, actually!

For those of you who were smoking already, regardless of the time and date, it's clear you like to enhance your life in every way you can. That might include taking a bong hit before you leave the crib, making edibles with an Easy-Bake oven or following the most important IG account, even though you haven't posted sh*t in months.

Girls Who Smoke Weed is all you really need to look at while you pass time in any awkward situation, and it will surely inspire you to go out there and befriend some cute stoner chicks yourself, or at least follow them.

If looking at buds and booties isn't what social media was created for, then I'm using it all wrong. But if you ain't trying to be right, either, peep below!

This IG account will make you look at your weed very differently.

Because after seeing this, what's the point of rolling one up if you can't do it on a big old booty?!

You will learn this is actually quite a common phenomenon.

These women aren't here to be our tables, though...

They're farmers, cultivators and even eat the bud if they have to.

They are honest and hard-working individuals in the marijuana industry who know how to handle as much weed as this.

They can also hide it way better than us dudes.

You better have your own trees when it comes time to light up because it doesn't look like they're passing that sh*t.

You'll know exactly when she wants to pass it to you.

There's nothing sexier than a girl with that "just rolled out of bed but already got three rolled" hair...

But this nug bra just immediately proved me wrong.

Oh nice, perfectly trimmed bud! What is that, a quarter?

There are valuable lessons in this for people who like to stereotype too.

And you should take at least one weed bath every day.

If there's one thing this Instagram account proves, it's that women can smoke just as much as men.

They also just make it look way better for some reason.

Girls who smoke weed just seem to give fewer f*cks than anyone else in the world...

That's probably because they can see right through all the bullsh*t.

And with a shirt like that, they truly don't care about your feelings.