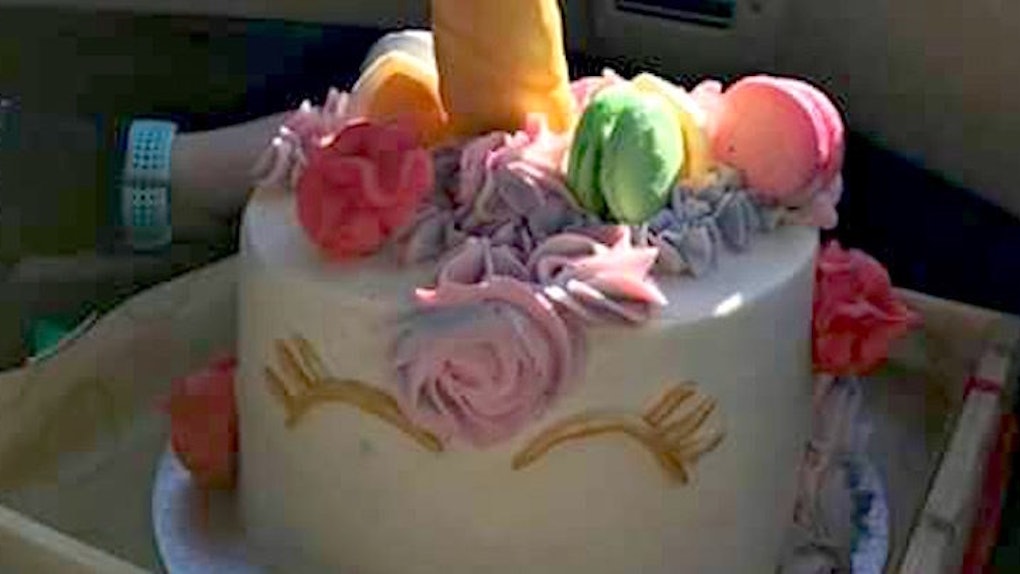 If you've ever watched the movie “Superbad,” you know dick-shaped food is always the best kind of food.

Unfortunately, one bakery didn't seem to get the memo when crafting an eye-catching cake for a little girl.

Apparently, the girl had asked her parents for a unicorn cake she had seen online.

You know, like those magical, rainbow confections that actually look like a unicorn trapped in a cake's body?

But after picking the cake up from the bakery, the parents spotted something on the cake that aroused their interest.

Yeah, talk about putting "The D" in "dessert."

After realizing their daughter's cake was decked out with a gilded dick, these parents did the only logical thing anyone in their situation would do.

They snapped a picture of this cocky confection and shared their hilarious unicorn cake with the world, along with the caption, "We didn't really get what we expected."

Now lots of people are poking fun at this phallic cake decoration on Reddit.

Some people pointed out the obvious, saying the cake looked like a "unicock."

While others dubbed the dessert as a "dildocorn."

Then there were those who cracked jokes about "blowing" out the candles on this cake.

And even one comical Reddit user who asked if the dick cake came in a box.

While this dildocorn cake may not be the best thing for a kid's party, this bakery should definitely keep this dick design on deck for their next "Magic Mike" inspired bachelorette cake.

Citations: Girl asks for unicorn birthday cake but the end result is not quite what she expected (Metro)