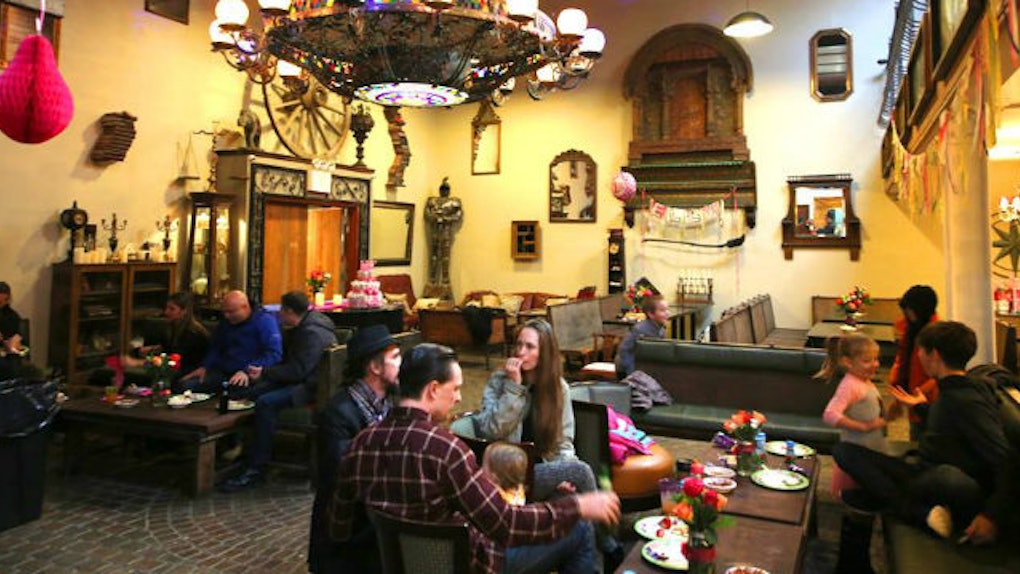 You can file this restaurant under "Fantastic Eats and Where to Find Them."

OK, we all know Brooklyn is basically the Leaky Cauldron of America. It's filled with cool hipsters who look like trendy wizards.

However, the borough of New York (not like the Weasley's burrow, but close) has it's very own "Harry Potter"-themed Italian restaurant called Pasta Wiz.

Yes, that IS the Sorting Hat. Although, to be honest, I'm not sure it will put you into Gryffindor, Slytherin, Hufflepuff or Ravenclaw if you put it on.

While the Williamsburg-based restaurant's website claims the interior decor really "resembles a wizard's enchanted lair," the real magic comes in the form of its menu.

According to Gothamist, the menu includes items like "Magic Meatballs" and a "Dragon's Blood" smoothie. I always knew there were 12 uses for Dragon's blood (as discovered by Dumbledore), but I guess there are actually 13 uses.

Mirror that looks like the Mirror of Erised hanging in the background? Check. Knight in a suit of armor? Check. Winding stack of books? Check.

This place seems perfect for anyone who can't afford to hightail it over to Orlando or Hollywood to go to the Wizarding World of Harry Potter.

Why have overpriced Butterbeer when you can share the company of this wizard right here?

Even the cobblestone-like floor feels straight out of Diagon Alley, don't you agree?

Their kitchen staff is even dressed up as prisoners from Azkaban. Although for everyone's sake, I wouldn't tell any Dementors about this place.

Apparently, guests of Pasta Wiz can order via iPad or tablet, and their food will be ready within three minutes or less.

Now, that's a feat all Muggles, witches and wizards can respect.

However, I would recommend you bring American currency here.

I'm not sure if they accept Knuts or Galleons.