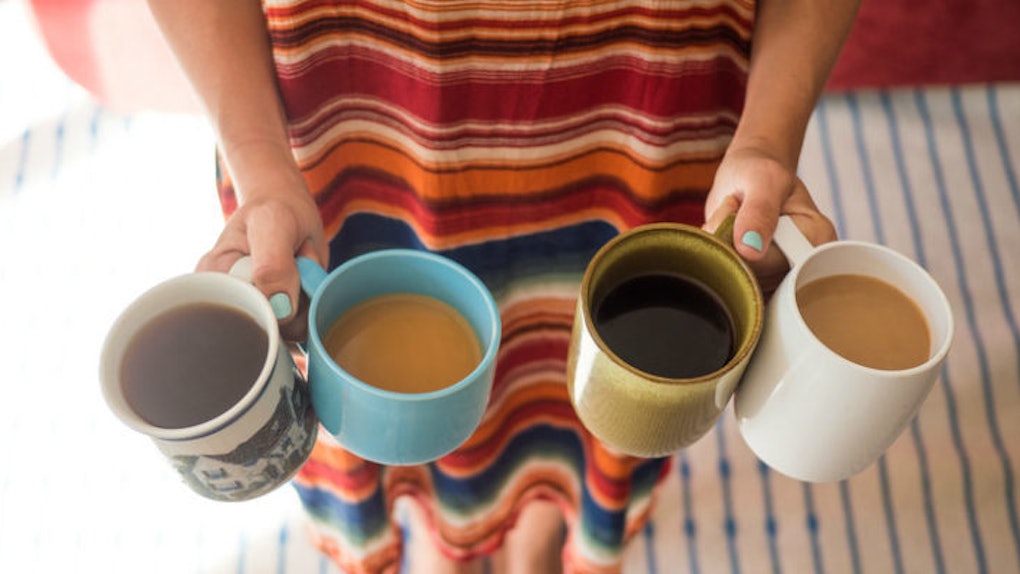 Oh, no, I  don't mean after your recent breakup -- those come too often for you ever to be repaired, you broken shell of a human.

I mean like physically. Because if your heart isn't strong, you should probably steer clear of "Ass Kicker" coffee at an Australian cafe called, fittingly, Vicious Coffee.

A cup of Ass Kicker iced coffee boast 80 times more caffeine than a shot of espresso and 50 times more than a regular cup o' joe.

Let's put this into perspective. That amount of caffeine is half the amount of a lethal dose.

It is recommended you take your time drinking a large, which should you should sip over four hours. Otherwise? RIP.

According to the USDA, a fluid ounce of espresso has 64 milligrams of caffeine and 95 milligrams in an 8-ounce cup of coffee. Ass Kicker, however, has 5 grams of the good stuff.

The drink was originally made for a nurse working a night shift in the emergency department. It took the nurse two days to finish the coffee and she remained awake for three days. The version at the cafe now is more toned down.

The owner of the cafe, Steve Benington, told Adelaide Now,

Some people love it and some are broken by it but it's all in the name of fun.

Just typing that gave me a caffeine headache.

People with heart or blood pressure issues should stay far away.

A general practitioner at Marion Domain Medical Centre in Oaklands Park and two southern area paramedics warned Benington after they all personally drank the Ass Kicker.

As you would suspect, teens take it as a challenge. Benington says,

I talk to them first, make sure they understand what they are doing, and people often think I'm trying to talk them out of it. It's pure coffee, it's good quality, and that's the only problem, it tastes so good that it's hard to make it last as long as it should.

Apparently it is possible to overdose on caffeine -- it is a drug after all. It would take nearly 70 cups of coffee to kill a person, but your stomach may not even be able to hold that much liquid.

You would start to experience mania and hallucinations before getting that much coffee down.