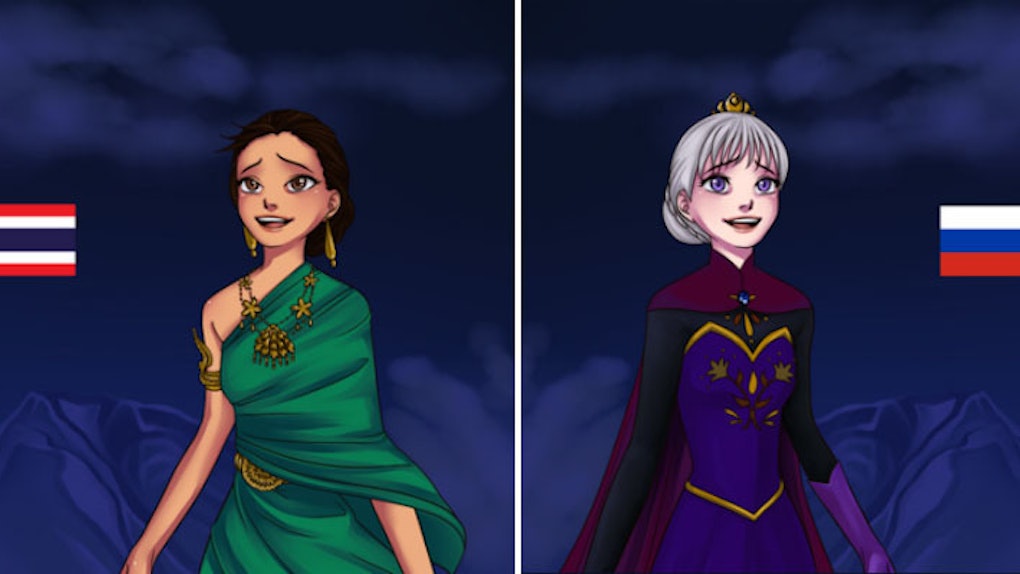 This Is What Elsa From 'Frozen' Looks Like As Different Nationalities

If you're a big fan "Frozen," you probably know the story is set in a fictional Scandinavian kingdom where there is a never-ending snowstorm caused by Elsa's ability to control ice and snow.

So when it comes to the appearance of the notorious Elsa, it makes perfect sense she is portrayed as a fair-skinned queen with a big, blonde braid.

But, have you ever wondered what this icy character would look like if she lived in other countries across the globe?

One dedicated Disney fan from France, x-Lilou-chan-x, recently set out to give this queen a little lesson in cultural diversity by creating an incredible series of illustrations revealing what Elsa would look like if she was from different countries.

By changing Elsa's costumes, hairstyles and distinct physical features, x-Lilou-chan-x gives this famous "Frozen" queen an entirely new look that perfectly suits each of the countries featured in this amazing series.

Take a look at the pictures below to see Elsa reimagined as other nationalities.