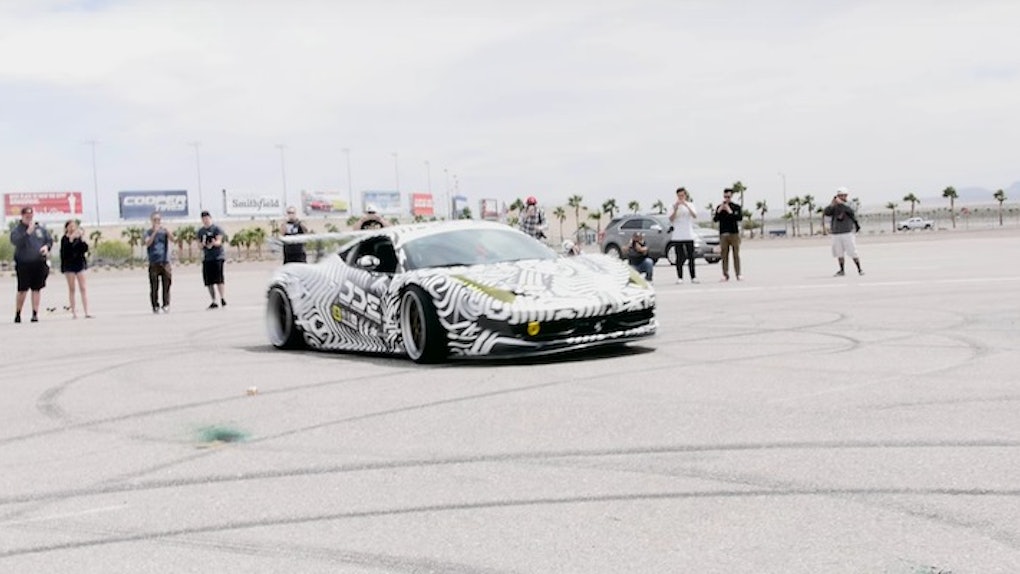 Perhaps the only annoying thing about spotting one of these spaceship-like vehicles is that we never really get to see them in action.

Those who happen to be behind the wheel of vehicles that cost more than $250,000, however, are typically hesitant to rack up miles and wear on them. I get it, they're STUPID expensive...

But what good is 600+ horsepower if it's just going to sit in a stable the whole time?!

In a recent video uploaded to YouTube by Zwing Films, we're given a dangerously close look at a modified Ferrari 458 Italia doing doughnuts near a race track - something true gear heads will appreciate!

I mean, it's not everyday that someone is willing to exhaust their exotic engine for your enjoyment.

No, I'm not zoomed in. Yes, I was inches away from the rear end. Daily driven exotics - exactly how it sounds. Damon Fryer at DDE drives the sh*t out of his Ferrari daily.

Citations: You Can't Get Closer To A Ferrari 458 Performing Donuts Than This (Car Scoops)