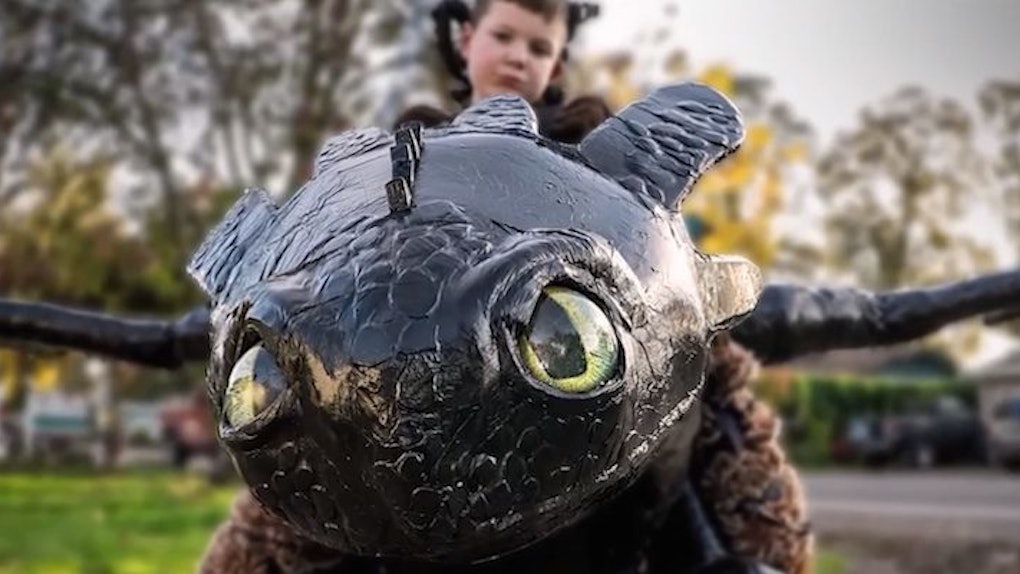 Every now and then, we come across a story too heartwarming not to share!

According to Yahoo! News, Keaton was diagnosed with spinal muscular atrophy, a disease which keeps him confined to a wheelchair. But, this dad doesn't let the illness get in the way of his son's fun.

As a matter of fact, Weimer got such a positive response for Keaton's epic Halloween costumes, he decided to create a company called Magic Wheelchair, which allows him to help transform other children's wheelchairs into works of art.

On the Magic Wheelchair website, Weimer explains how his family's experience with the disease inspired his outlook and ideas. He says,

I could write you a long, sometimes difficult, but ultimately amazing story of our adventures with our children and SMA, but for now let's just say that we have to look at life through a different set of lenses than the average man or woman. That's what really set this whole project in motion... when Keaton got his first wheelchair... Ultimately, creating each costume provides an awesome experience.

That's exactly why Magic Wheelchair exists -- so everyone can share the same fun and have a great experience.

So far, Weimer managed to create eight epic costumes this year for families in Georgia and Oregon.

Despite the fact that most people call on the Magic Wheelchair services around Halloween time, Weimer has bigger costume ideas. He says,

We want to build these [costumes] year-round. Kids can roll in these all year-round. It doesn't just have to be Halloween. We want them to go shopping with mom in a dragon.

Because why not build the costumes all year?!

Check out the video above for a closer look at past costumes the company created for kids!