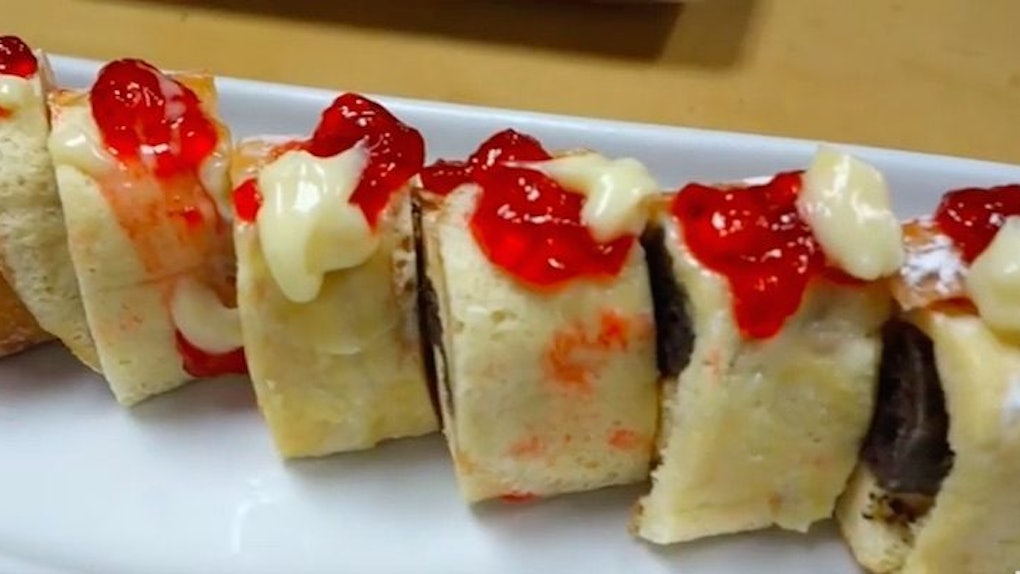 There are all sorts of things you can do to take your sushi to the next level.

A while back, we introduced you to Hiroyuki Terada, the master chef who's on a mission to show the world you can basically turn anything into sushi.

If you thought his Big Mac sushi roll was pretty impressive, you'll be glad to know Terada shows no signs of slowing down.

He just created a brand new video for his “Will It Sushi?” series on YouTube. This time, the skillful chef has his sights set on doughnuts -- Dunkin' Donuts, to be exact.

In the video, Terada starts off by removing the fillings from the doughnuts before slicing these tasty treats into thin layers.

Next, he commits some delicious doughnut-on-doughnut crime by using the sweet layers to wrap even more doughnuts up into an insane sushi roll.

If that's not enough to make you drool, Terada finishes the deed by topping the whole thing with the cream and jelly fillings, thus proving once again nothing is safe from being sushi-ized.

Check out the video above to see this mouthwatering doughnut sushi roll.

Citations: Yes, you can make sushi from doughnuts (Mashable)