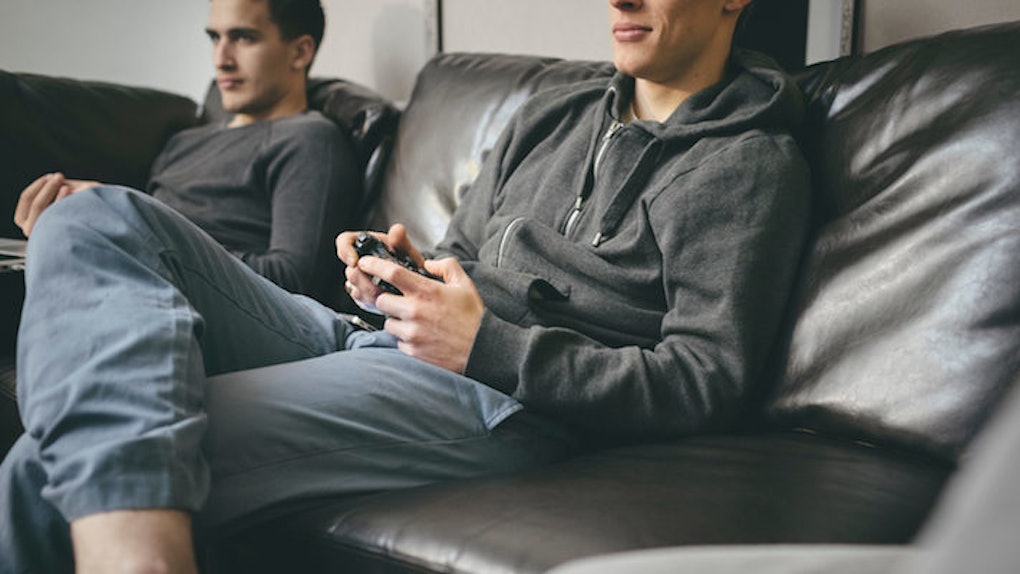 Every human who plays video games is one of two people: 1) those who hate scary games and movies, or 2) those who get a kick out of being terrified.

Some weird level of masochism allows us to be entertained by our own sheer terror, which is why we keep coming back to watch movies like "The Conjuring" or "The Exorcist."

The same can be said about scary video games, as we truly live through these scenarios more than we watch them unfold. But if you really want to strap on big kid pants — and adult diapers — try playing these five games in complete darkness.

(Bonus points if you light a small candle and leave it flickering in front of your face.)

FromSoftware has the “terrifying but thrilling” atmosphere down to a science at this point. Three games into the iconic Dark Souls series, and players can't help but cautiously stroll through castle dungeons and thick-wooded forests in search of the next weapon.

By now, some veterans scoff at the horrifying beasts that lay waiting in the shadows, but new and old gamers still tread softly when entering new areas.

Before moving on to the next entry, let's all take a moment of silence in honor of the broken controllers and soiled shorts that have been sacrificed to the sun.

Nevermind that two 12-year-old girls tried to murder the hell out of another in honor of Slender Man, this Internet myth was already terrifying beyond psycho teenagers with no supervision and too much downtime on their hands.

What's more unsettling than the idea of being stalked by a faceless, pale and slim supernatural being? Tall people are weird enough, but Slender Man takes that sh*t to another level.

Developed by Blue Isle Studios, the horror survival game merely gives you a sh*tty flashlight and a pair of Usain Bolt-like legs to escape whenever Slender Man shows up, which he does — a lot.

He tends to teleport around the levels erratically, occasionally popping up right in the middle of the screen just enough to make you shriek like a mother discovering her son's Fleshlight.

In the early days, DOOM was one of the classic first-person shooters that sparked a genre of gun-blazing, demon-slaying gaming (say that three times fast).

Originally, you poured hot lead into stalking 3D monsters and watched them get obliterated into piles of meat and bone. The original was so hyped that Bill Gates got involved and considered buying id Software.

In 2004, Activision teamed up with id to release a reboot/remaster of the original, dubbing it Doom 3. While this version was vastly different from its predecessor, the pants-pooping terror was jacked way up by the improved graphics and sound design.

Doom 3 is one of the games where you tip-toe around corners because you know some face-eating, organ-gnawing monster is waiting to pounce on you. This game is where the candle-lit gaming becomes essential to the experience.

This 2013 release from Red Barrels dropped on Steam and quickly ascended the ranks of the “I Can Only Play for 10 Minutes” list. Outlast is akin to Slender: The Arrival, in that you're armed with nothing but a handheld camera, a pair of well-seasoned legs and your wits. While Slender Man stealthily stalks you in the background, however, the maniacs in Outlast's insane asylum are everywhere.

While it's far from the prettiest game ever made, Outlast makes up for it in its sound and atmosphere. It's a tour de force in horror movie survival instincts too, making you finally realize why characters freeze in fear when baddies are around.

When a crazy dude is wearing only a butcher's apron, holding a big-ass Crocodile Dundee knife and searching for your mouth-breathing ass under a table, you have more sympathy for Nancy Thompson.

Let's get this out of the way: It sucks big time that the Silent Hills game was canceled, especially when you remember it was a collaboration between Hideo Kojima and Guillermo del Toro. The short survival horror game seemingly came out of the blue in 2014 and disappeared just as quickly when Konami pulled it from development.

The move did little to reduce the impact of P.T. — short for “Playable Teaser” — and players still revisit the game today for its infinite parade of Easter Eggs.

It was utterly terrifying, as players controlled an unknown protagonist through a series of creepy-as-f*ck puzzles that involved bloody sinks, alien-like fetuses and a freaky ghost named Lisa who wanted nothing more than to tear you apart.

P.T. is cut from the same cloth as Outlast, and players hope the Kojima-del Toro team-up happens for real next time.

There are so many horror games available to players everywhere, so let us know in the comments which ones haunt you in the dark.