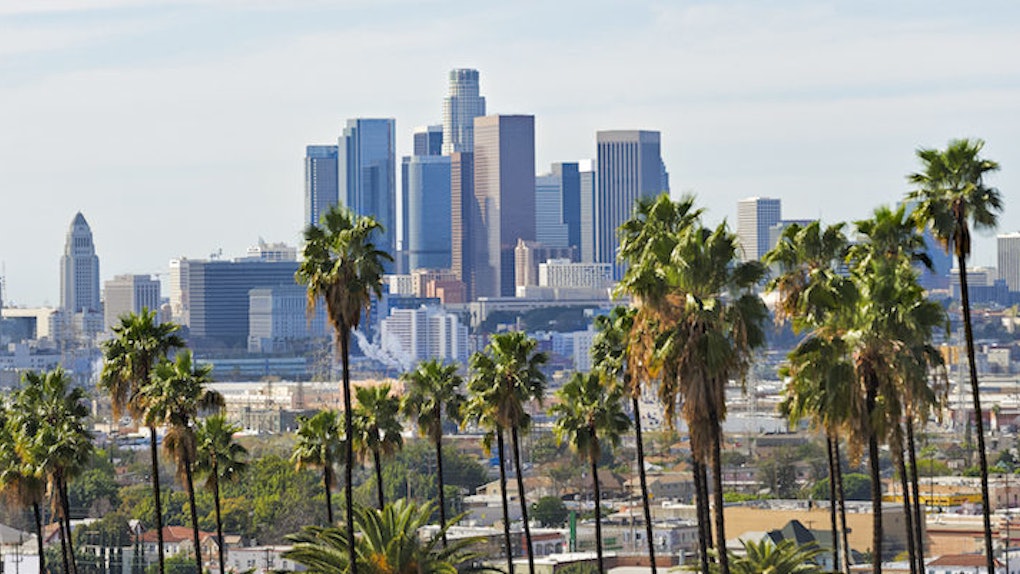 Everyone loves the idea of relocating to the a new city. It's important to remember the lifestyle adjustments that have to be made in order to really settle in, though.

For someone who's spent a solid amount of time living in New York City, I thought it'd be pretty easy to transition to an equally chaotic city such as Los Angeles. Despite the similarities both major cities share, there are a handful of differences.

There aren't newsstands and bodegas on every corner here in Los Angeles. Do you know what kind of affect that could have on someone who's used to getting what they want, when they want?!

It's tragic, but I had to learn to deal with it.

That, and 8 more things you'll have to deal with if you want to live in Los Angeles:

You'll actually have to wait for the walk signal to cross the street.

Personally, this one was a huge deal for me.

Before relocating, I was used to crossing the street whenever I wanted, regardless of whether or not there were police around. No one cares on the East Coast, so I didn't either.

In LA, however, you'll find yourself feverishly pressing the crosswalk button and brushing up on California's jaywalking laws.

I've never had to control myself this much from dashing out into the street when there's not a car in sight.

On the map, everything's pretty spread out.

If you thought running downstairs to grab a quick snack was a thing in Los Angeles, it's kind of not.

Instead, you'll find yourself changing out of your pajama pants so you can hop in your car and drive to the nearest pharmacy just for a can of Pringles.

Everything is an outing. Hey, that's what the 503-square-mile area of LA gives you.

There's no such thing as "hailing a cab."

Well, there technically is, but you're better off walking.

The cabs for hire usually start popping up around the clubs at 2am when everyone's too wasted to open their handy-dandy car service apps. But that whole hailing a cab thing during the day? It's non-existent.

Hell, you might be better off buying one of those stupid "hover boards" that keep blowing up.

Rather than being able to leave your home and figure out your mode of transportation from there, you'll eventually adjust enough to give in and buy a car or become Uber's customer of the year.

Hopefully you're a marijuana fan because there are dispensaries just about everywhere.

Looking for a marijuana dispensary? No problem.

Hate weed? Good luck, bud. It's been reported there are anywhere from 500 to 1,000 dispensaries in Los Angeles alone and you'll definitely see it.

Just after passing your favorite sneaker store on Melrose, you'll be greeted by continuous wafts of the world's finest, most potent herb in all of the land, thanks to nearby dispensaries.

Good luck with your late-night snack attacks. Everything closes early.

Are you a night owl in Los Angeles? I hope your pantry is stacked.

Everything closes pretty early, from the clubs to your favorite pizza shop right up the street. You'll find yourself searching through food delivery app after food delivery app just to get hit with a $25 minimum.

On the other end of the spectrum, you'll find yourself hungover a lot less because the clubs, bars and lounges are only open until about 2am.

Good luck trying to find pizza to drunk-eat though!

You'll have to deal with everyone thinking they're Kanye West.

From your mailman to your last Uber driver, everyone in Los Angeles thinks they're Kanye West.

In other words, everyone thinks they're the next best thing and their stage attire shows it.

That's just what happens when you're constantly surrounded by 18-year-old kids pushing Porsches through the Hollywood Hills and celebrity toddlers wearing outfits far more expensive than your entire closet.

You have no choice but to try and stand out more.

If you like the occasional rainy day to cozy up on your couch and think about life, you'll need to find another city (try Seattle).

In Los Angeles, the sunshine is pretty endless and the cloudless blue skies are easy to find. I mean, could you imagine the view from the US Bank Tower's new 1,000-foot-high glass slide?

Don't get me wrong; good weather is awesome, but every now and then, I could use a gloomy day.

Besides, California could always use more water.

This is, perhaps, one of the more noticeable adjustments made upon living in Los Angeles.

Everyone's really laid back and and super chill. It can be good, but it can also be annoying.

The positive end of the overwhelming laxness than makes up the city is the fact that you'll learn life doesn't have to be so stressful. You'll be reminded of this time and time again as everyone takes their sweet time to do anything.

On the flip side, however, it should never take 10 minutes for a regular iced coffee and a pastry.

As you can probably tell, I'm still adjusting. I'll just have to be patient, I guess!