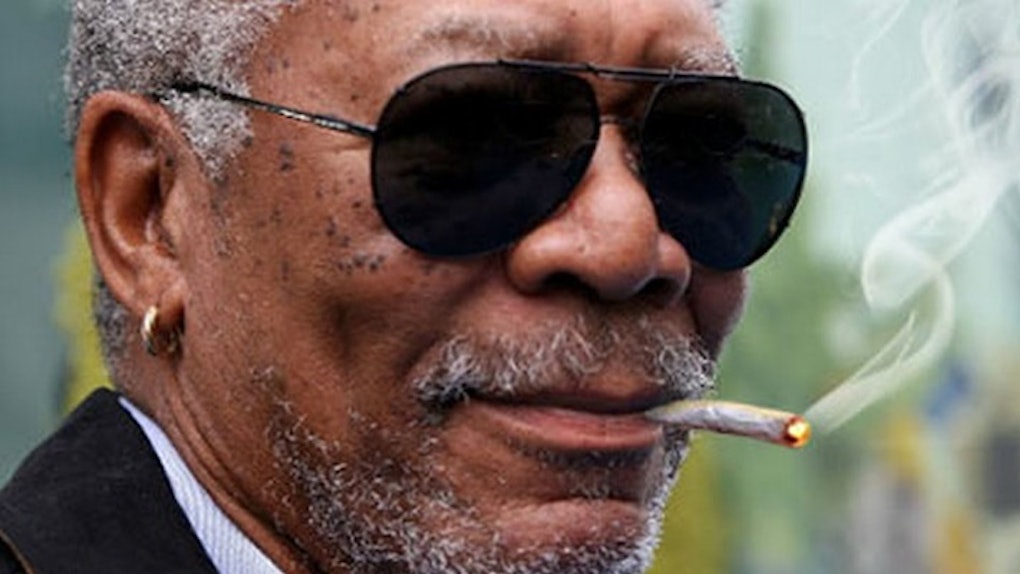 As weed grows effectively more legal (and absolutely more potent) in California, you can bet many, if not most, of the revelers at the 2016 Academy Awards were as baked as the Oscar statuette is bald.

Of course, from the earliest days of Motion Picture Arts and Sciences, creative talents who have taken home Hollywood's top trophy have consumed cannabis.

Some are proudly pro-pot; others have even boasted about smoking up before, during, and/or after the big show.

Just as members of the entertainment industry spearheaded the cultural drive to get previously taboo sexual and gender orientations out of the closet, many performers, writers, and directors are presently advocating the benefits and pleasures of marijuana.

Some have even won Oscars. Here's to them!

Matthew McConaughey debuted as an instant stoner cinema icon in Dazed and Confused, and famously got busted in 1999 for weed possession—while playing the bongos naked.

Although McConaughey has not been as outspoken a pot champion as his "True Detective" co-star Woody Harrelson, he also hardly shuns the association.

Woody, by the way, has been up for an Oscar twice. Should he someday win, just imagine that after-party!

Nominated again this year for "Joy," Jennifer Lawrence divulged on Bravo's "Watch What Happens Live" that she got high before an Academy Awards presentation, at least once.

“I saw my brother smoking out of a bong before one of the Oscars,” she said of how she came to indulge in a hit. Still, J-Law remains cagey about the particular year, as she added, “I won't say which one!”

The Vietnam War drama "Platoon" transformed its writer and director, Oliver Stone, into an iconic—and iconoclastic—filmmaker.

Based on his own experiences as soldier, Stone maintains marijuana was his “lifesaver” during the conflict.

In 2012, he said of pot use in combat situations, “We [who smoked] walked out relatively whole. The guys who did dope were more conscious of life.”

Whoopi also might have been the highest person at the ceremony, period. “I thought, 'I've got to relax,'” Goldberg said, “So I smoked this wonderful joint.”

Whoopi accepted her prize gracefully, but she couldn't fool her mom. “My mother called me [afterward],” Whoopi recalls, “and she said, 'You smoked, didn't you?'"

As with J-Law, Susan Sarandon fessed up to lighting up on Bravo's "Watch What Happens Live."

When host Andy Cohen challenged her to name one major Hollywood event where she showed up stoned, Sarandon laughed and shot back, “Only one?! I would say almost all except the Oscars.”

“Never give up the ganja!” advised recreational weed devotee Morgan Freeman in 2003.

In more recent years, Freeman has praised the plant for its miraculous ability to relieve physical suffering.

"I have fibromyalgia pain in this arm," Freeman said, "and the only thing that offers any relief is marijuana. How do I take it? However it comes! I'll eat it, drink it, smoke it, snort it!”

Some time in the early '70s, Streisand said, she fired up with comedic genius Peter Sellers and they got some serious munchies. “The funny thing,” Barbara recalled, “we went to a restaurant. And we started to riff on, like should we have steak ice cream. It was funny at the time. It's not funny now since you're not high.”

No, the thought of those two baked together will always be hilarious.

In 2003, Frances McDormand posed for the cover of High Times and happily announced, “I'm a recreational pot smoker!”

Asked if her Fargo character, for which she won an Oscar, might also indulge, McDormand said, “Marge Gunderson might have gotten high during her college days. She seems like an adventurous sort.”

This post was originally written by Mike McPadden for The Kind.

Citations: Oscar Highs: Academy Award Winners Who Smoke, On-Screen And Off (The Kind)