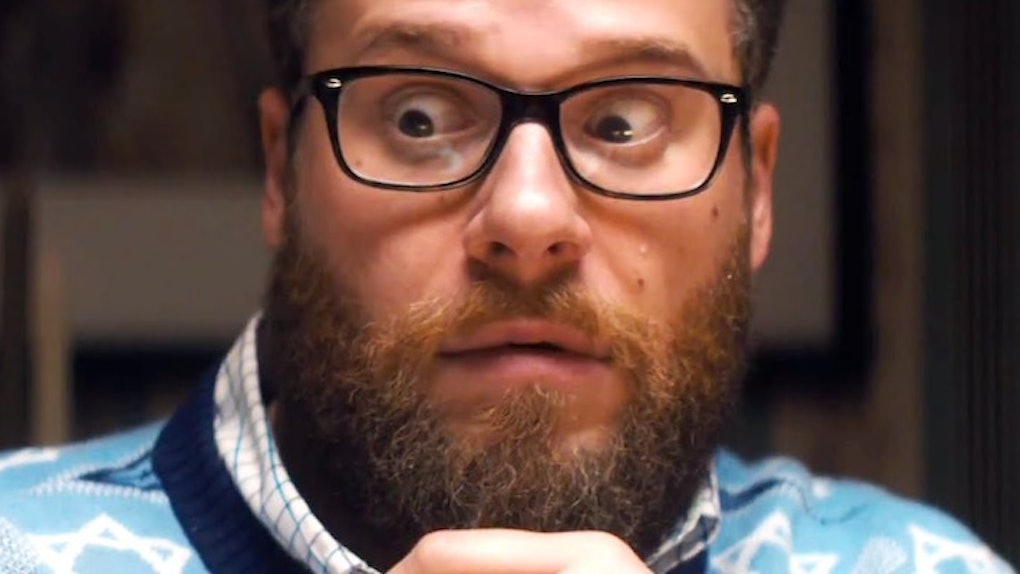 10 Thoughts Running Through Your Mind When You're Just 'Too High'

Uncomfortable, quiet, disturbed and just waaay too high -- we've all been there.

It's almost as if there's no such thing as getting mildly stoned. You're either trying to figure out if the medicine is working, or you're beyond baked and can't remember your middle name. There really is no in-between.

It's true, especially for those who don't typically smoke -- you know, the casual smoker who probably drinks a lot more than the average stoner; the responsible individual with car keys in his or her pocket who probably shouldn't be smoking anyway.

For avid blazers, uncomfortable highs are a lot less frequent but still very possible on an off day.

Regardless of how comfy you are with the 420, check out the 10 thoughts you're probably having when you're just too high.

"Why does it seem like EVERYONE knows what I just did?"

If you're having one of those "I'm too high" moments, you probably think everyone knows you just ripped your bong like there was no tomorrow. And suddenly, this thought is causing your heart to race fast enough to get you to check your phone every 10 seconds.

You're a mess, but you'll be fine. Besides, the real reason everyone is staring at you is because you're blasting Kanye's "Father Stretch My Hands Pt. 1" at full f*cking volume and it can't be good for your delicate eardrums.

If you happen to be couch-locked in your living room, you've probably glanced up at the time on the cable box in-between waves of your mini freakout sessions.

What feels like a six-hour high is really just five minutes of you not being able to feel your legs or hold a conversation with your not-so-stoned friend.

Time is not frozen, you're just a lightweight and a showoff. Kidding. But, seriously, know your limits!

"Am I breathing? Maybe I should go to the hospital. Is it too crazy if I call an ambulance?"

Another common symptom of being too high is when you have to constantly check your own pulse and feel your heartbeat.

If you've ever read up on how the different cannabinoids affect your thought processes and overall senses, you know every little thing is going to be alright (Bob Marley voice).

Now, backspace the 9-1-1 you just typed into your phone, fire up the Netflix and CHILL.

But, that's just what's going on inside of you. On the outside, you look "calm and ready to drop bombs," as Eminem would say.

After realizing calling an ambulance was a bit aggressive, you've decided to accept the fact you're going to do the impossible: die from weed. You've already sent your mom a random "I love you" text at 2 am. At this point, the couch is your coffin.

"Future is the best rapper alive."

You're convinced Future is on the same level as Michael Jackson. Your judgment is way off. You believe his producer, Metro Boomin, is Beethoven and Dr. Dre fused together.

Your taste in just about everything is altered because you don't know right from wrong.

Have a glass of water, take a seat and remember, if Wiz Khalifa can do it, so can you.

"Is this even weed? What the hell am I smoking?"

"My friends are sketchy."

Just know, they're not laughing at you; you're not that amusing. Your buddies are just super high too and they're having a laugh attack -- that's it!

I repeat: No one is out to get you -- except for the weed police.

"How is this stuff even considered medicine?"

Your mouth is like the Sahara Desert, and you feel like you're wearing the tightest headband in the world, but you're not. Your vision is ridiculously cloudy, causing you to squint uncontrollably like Clint Eastwood.

You no longer identify cannabis with its medicinal properties. To you, weed is suddenly a drug.

"There has to be somewhere I can hide for two hours and get my life back together."

One of the very first signs of not being able to handle your self-inflicted baked-ness is when you begin frantically wishing for alone time.

You've never wanted to be alone as much as you do right now. As a matter of fact, you're considering booking a room at the Four Seasons in your own hometown at 2 pm.

Hey, that doesn't sound like such a bad idea...

"Is Trump really running for president, or is this all part of my THC-induced nightmare?"

Yes, Donald Trump is leading the Republican party -- even with that sorry excuse for a toupee. And yes, he really did just say that on national television.

I think we all learned a valuable lesson here: Know yourself; know your worth, as Drake would say, and more importantly, know your limits.

If you're constantly getting waaay too stoned against your will, maybe you should consider taking time off from Mary Jane.

If you're confident you can scale your consumption back and have a good time, do yourself that favor!