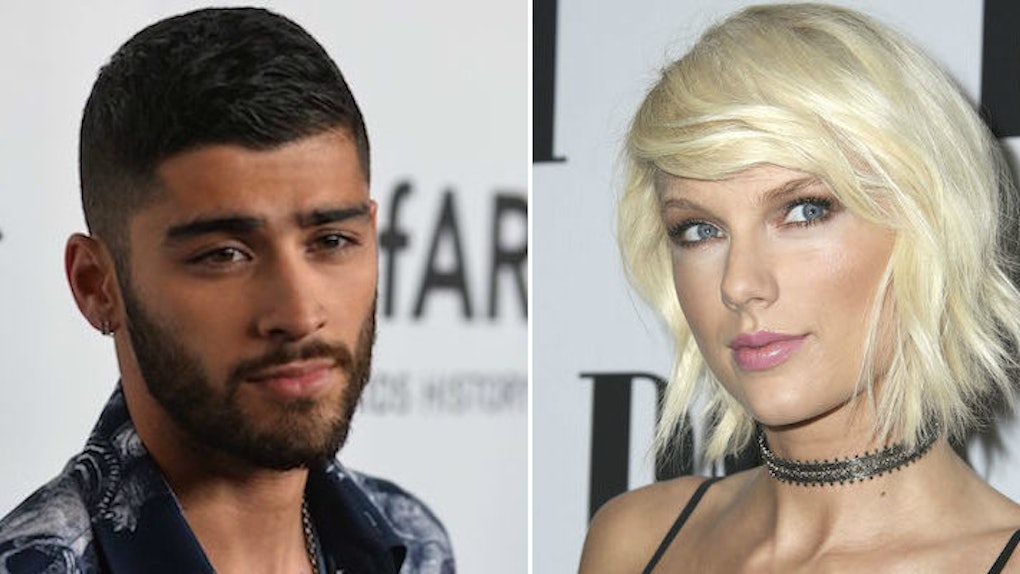 Zayn Malik is just as much of a Taylor Swift fan as any one of you.

Well, not if you're one of those superfans who follows her every move. He's a little more low key than that.

And also not if you're one of those anti-Taylor Swift people, either. Because he actually does like her.

In an interview for Dazed, Zayn revealed he and Taylor hung out recently, thanks to his girlfriend and Taylor's friend Gigi Hadid.

I spoke a bit to Taylor. At Gigi's house we briefly spoke and she told me she really enjoyed the album. It was nice to get some feedback. She said she thought I was cool and I kind of blushed a bit and didn't know how to take it.

Of course, Tay and Zayn have another connection, too — mutual exes.

I certainly hope those two had a chance to bond over their previous relationship and breakup with a certain Harry Styles.

Citations: Zayn Is Taylor Swift-Approved (Refinery29), After burning up the pop stratosphere with his debut album, Zayn Malik has found a freedom that feels like the first time – he talks being the world's most obsessed-over 23-year-old (Dazed)