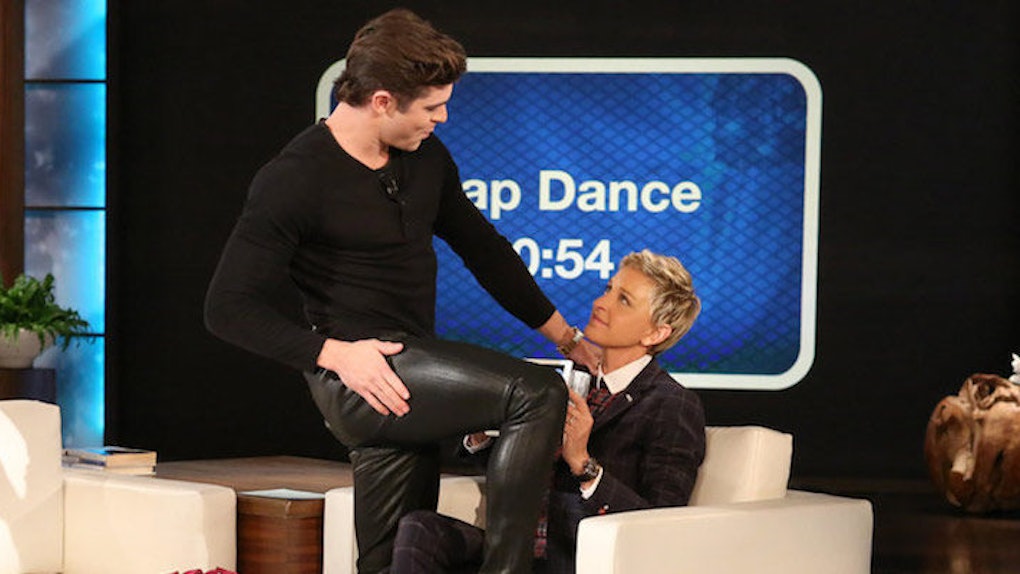 Friends, the universe smiled upon us today, for it blessed us with footage of Zac Efron gyrating his hips in leather pants.

Ellen DeGeneres had our favorite Wildcat play Heads Up using the category "Bad Behavior," which included words like "lap dance" and "twerk," among other things.

If you played the game before, you know it's similar to the show "Password" or the game Taboo, in that you can describe the word you're trying to get the other person to guess, but you can't say it.

Zefron, however, seemed to be under the impression it was charades and acted out every word silently. And thank God he did.

Note the lack of hesitation to thrust his pelvis in Ellen's face for the term "lap dance." Also, note the gentle stroke of his leather-clad booty he got in there.

Zac was more reluctant to twerk, but, head in the game, he made a valiant attempt.

Ellen didn't let the lap dance go unrewarded. She got Zac a little something for his troubles after the show.

Citations: Zac Efron Twerks in Tight Leather Pants and Give Ellen DeGeneres a Lap Dance While Playing a Game of "Heads Up!" (E! News)