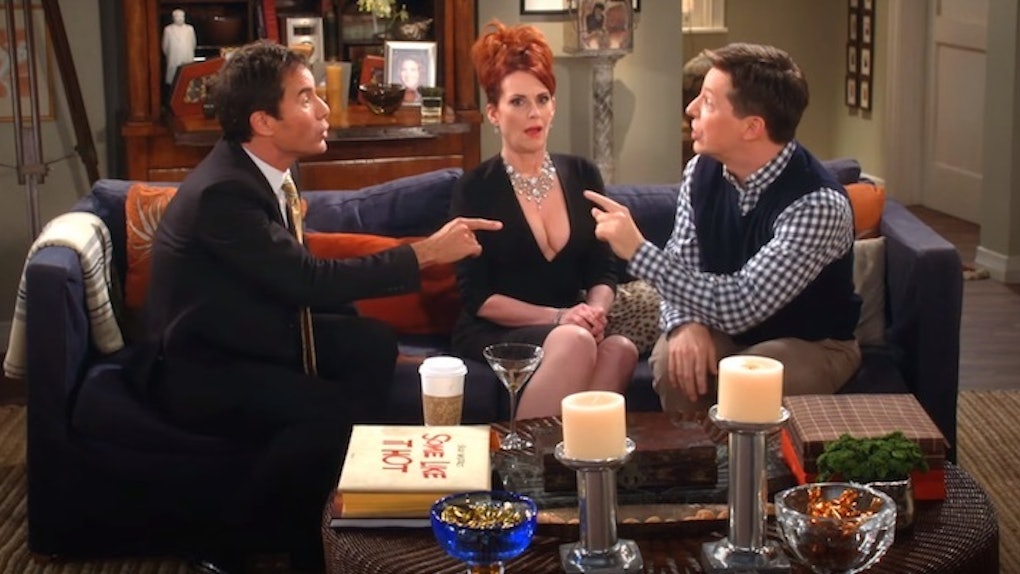 The cast of “Will & Grace” is back and, for the most part, they're with Her.

Debra Messing, Eric McCormack, Megan Mullally and Sean Hayes reunited a decade after the series finale for a scene addressing the 2016 presidential election.

In the reunion video, Will (McCormack, duh) and Grace (Messing, duh) attempt to sway Jack (Hayes, DUH) to vote for Hillary, while Karen (Mullally, OMG DUH) roots for Trump.

Grace attempts to convince Jack with an impassioned speech, followed by a dramatic rendition of "Go Tell It on the Mountain."

She pleads with him,

Despite Grace's heartfelt appeal -- SPOILER! -- it's Will who convinces Jack to vote for Hillary with a classic argument.

Overall, the scene's repartee is just like old times, but with fresh, 2016 references and, now, a stunning collection of reaction GIFs perfect for helping fans cope with Monday night's debate.

When Trump shouts over Hillary during the debate.

When he does it AGAIN.

When Hillary reminds you she's got more stamina than Sia.

When Trump refuses to release those tax returns.

When Trump brings up Hillary's emails for the 9,000th time.

When you remember life before this tragic election.

When Hil ultimately slays the debate.

Honestly, though, what are you waiting for? Get out there and #VoteHoney.

Citations: It's the 'Will & Grace' Reunion We've Been Waiting For -- Watch the Stars Debate the 2016 Election! (Entertainment Tonight)