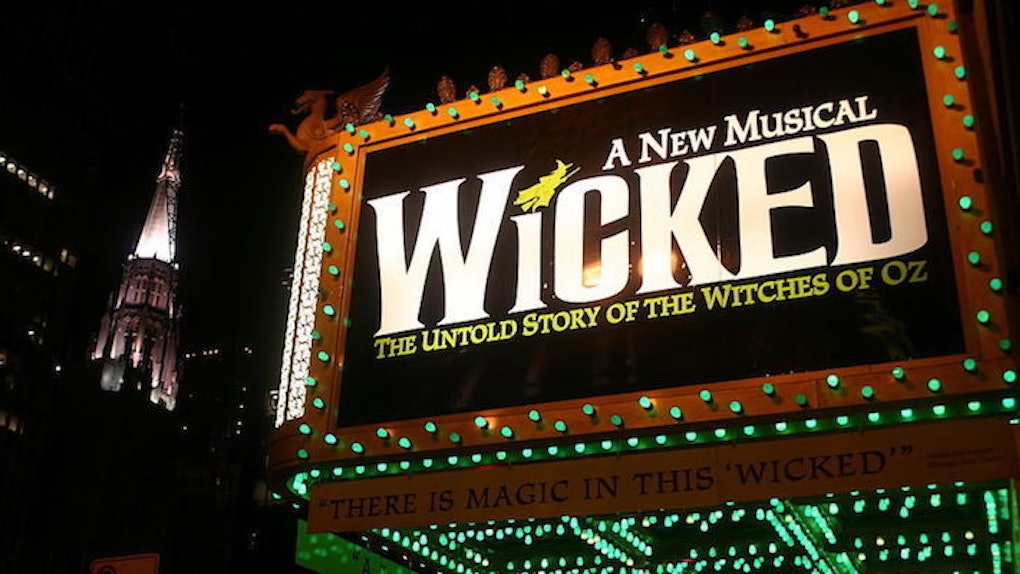 Get ready for some good news, guys. The movie version of "Wicked" officially has a release date and we could be seeing it as soon as...

OK, so 2019 isn't tomorrow, but at least we know it's really happening!

Here are some more crucial details you need to know. Universal announced on Thursday that Stephen Daldry will direct and Marc Platt will produce the highly anticipated film. As an adaptation of the hit Broadway musical and bestselling book, "Wicked" will also be marketed as a prequel to "The Wizard of Oz." You should also note that "Wicked" not only ranks as the top-grossing Broadway show ever, it's also the 11th longest-running show in the history of Broadway.

It's a prequel, it's an adaptation -- it's pretty much everything you could ever want in a blockbuster movie. That, and the fact that writer Winnie Holzman and Oscar-winning composer and lyricist Stephen Schwartz will be collaborating on the screenplay means this could be the greatest cinematic event of all time.

Not to get your hopes up or anything, but it is bound to be GOOD. Nay, GREAT.