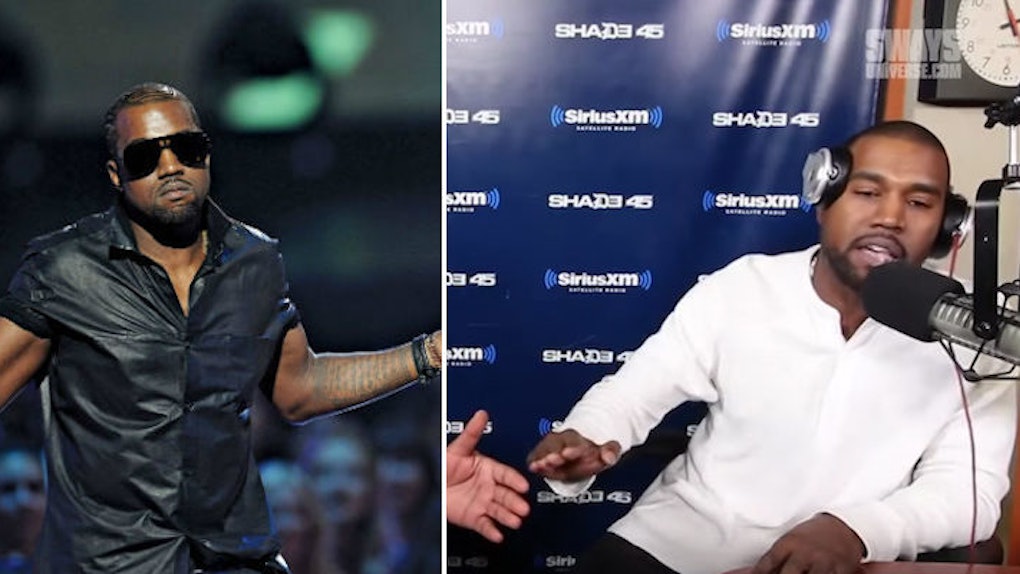 Vote: Which Kanye Is The Best Kanye Of All Time?

Yeezus is getting up there, people! His first album, The College Dropout, came out back in 2004, which means it's almost been 20 years of Kanye being... well, Kanye.

There are so many great moments to remember, it's hard to pick a favorite. But this is capitalist America, so there MUST be a winner and I'm going to make you all choose.

If you're missing the old Kanye, the straight-from-the-go Kanye, this is your chance to have your voice heard.

This poll is not just a "Which Kanye would win a fight?" type of deal. It's more like a "Which is objectively better than the others?" thing.

Which Yeezy entertained you more? Which one do you wish you could have back right now? Which Kanye is truly the best Kanye?

Of course, no matter who you vote for, the winner is always Kanye. I can't think of a more fitting birthday present to give him.

And if I left out your favorite 'Ye, let me know in the comments!

Which one is better?

Who do you prefer?