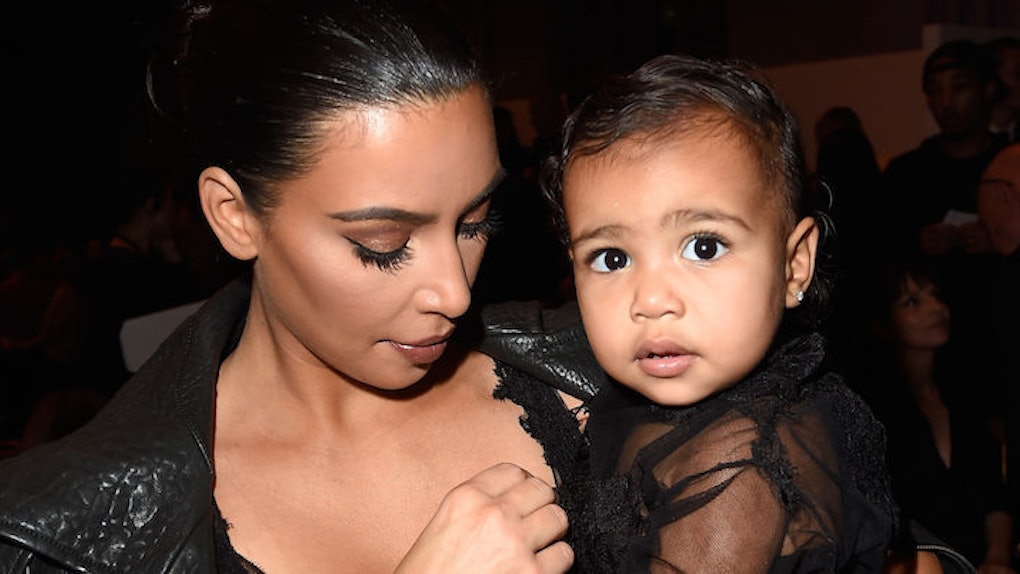 Here's What Kim Kardashian Thinks About Breastfeeding In Public

On Tuesday, Kim Kardashian-West blessed the world with her thoughts on breastfeeding in a new blog post on her app.

In the post (to which you'll have to subscribe in order to access for $2.99 per month), Kardashian-West talks about her experience breastfeeding Saint, breastfeeding in public and her own personal milk production.

The mother of two admits breastfeeding Saint was difficult at first because daughter North would get jealous and try to keep the baby from latching on. Now, however, Kardashian-West lets her daughter help.

Kim pumps, then gives the bottle to North to feed her brother. Teamwork!

Though her ample supply has her prepared for any situation, the 35-year-old says she's all for mothers breastfeeding in public. She writes,

Now that I'm a mom, I say whatever makes you comfortable goes. I personally wouldn't do it, unless it was an emergency situation and I was fully covered. [But] I think it's a natural experience and I'm not shy about that. I know so many people get backlash for breastfeeding pics, but I don't mind them.

Between this and her placenta-pill consumption, Kim really is embracing the whole motherhood thing (maybe a little too much, as far as the placenta-eating is concerned).

Head to Kim's app — credit card in hand — if you want to read more of this mommy's musings.

Citations: This Is What I Had to Do to Get Kim Kardashian's Thoughts on Breastfeeding (Mic)