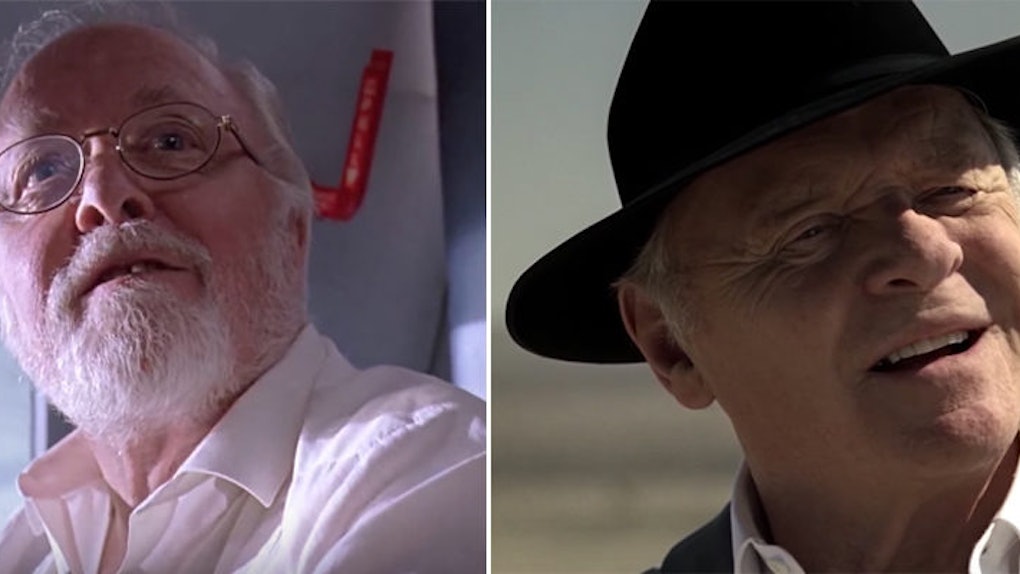 "Imagine a theme park populated with things from the past that 8-year-olds loved..."

Thus begins the best argument that "Westworld" is basically "Jurassic Park" (PLOT TWIST) minus the cool dinosaurs and with robot cowboys added into the mix.

"Westworld" is a show that literally makes viewers ask themselves questions constantly.

Is Bernard actually a host and clone of Arnold? Is the Man in Black actually an older version of William? Do those Bernard scenes with Dolores ACTUALLY feature Arnold instead?

WHAT IS ACTUALLY REAL ANYMORE?! *Screams into laptop.*

With few definite answers to these questions, fans of the show can cling to this basic theory: "Westworld" and "Jurassic Park" are literally the same thing, as pointed out by the above College Humor video.

Let's start recounting all the convincing comparisons the video above makes.

Is this Dr. Grant or Robert Ford? I cannot tell because they are one and the same person.

The "Westworld" version of a Velociraptor, Maeve, is going to become a Terminator.

Everybody is going to die? Ch-... Well, we'll see about that on the next episode this Sunday.

Although the show's catchphrase, "These violent delights have violent ends," doesn't bode too well for our show's human characters.

But at this point, who's a human and who's a host? Honestly, this show is making me sing "Are we human or are we dancer?" all damn day.

Regardless of the many similarities, I think we can safely say that the intricacies of this show are insane.

Although, if we don't actually get to the maze in the next few episodes or so, I'm going to bludgeon myself with a boulder. Seriously.