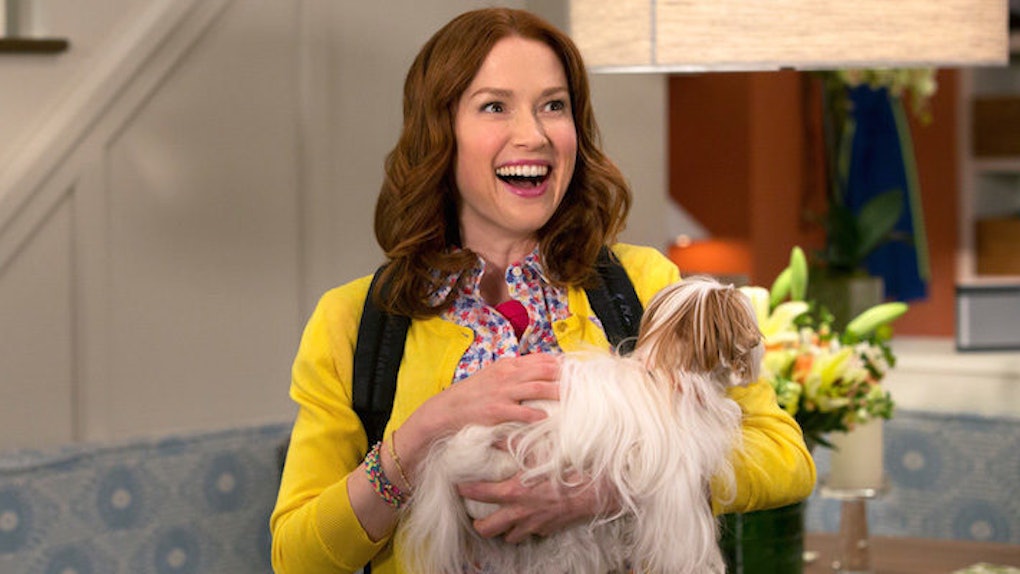 'Unbreakable Kimmy Schmidt' Is The Show Feminists Have Been Waiting For

We are entering a media age that celebrates outgoing, non-conforming female characters and there is nothing more exciting.

Lucille Ball turned a leaf in the world of comedy by showing that women can be funny, and proving the nation wants to see goofy, expressive women on their television screens.

She made it clear women have the ability to make people laugh. The late comedian's funny faces and over-the-top punchlines are more than just a memory; they are an outline for today’s female comedians.

Tina Fey and Amy Poehler are have continued in Lucille Ball’s mission to create female-driven sitcoms.

Fey’s "30 Rock" was a massive success, celebrated for portraying a realistic middle-aged woman in power in a media office.

Poehler’s "Parks and Recreation" used the same tactic, but her Leslie Knope was an even more outgoing and enthusiastic character.

With Leslie Knope, audiences saw a passionate, invested, loud, opinionated woman in a position of power.

Think about those adjectives. “Opinionated” is something that’s long been frowned upon, especially in women, and many female figures in sitcoms are more submissive and apathetic, which is what society often demands of women.

Poehler and Fey taught us to cherish their groundbreaking female characters, and "Unbreakable Kimmy Schmidt" is the epitome of what comediennes have been working toward.

Kimmy (Ellie Kemper) is nonconforming; she doesn’t care what people think of her, she dreams big, and best of all, she encourages other women to be as unbreakable as she is.

Kimmy’s story starts in a bunker in Indiana. She was kidnapped by an apocalyptic cult and forced to live underground with three other women for 15 years under the premise that the world had ended and their reverend was protecting them from the fiery remains of Earth.

In the first episode, the survivors are taken to New York to appear on talk shows, and instead of flying home with her peers, Kimmy decides to stay in NYC and make a life for herself at the age of 29.

She moves into a tiny apartment rented by a gay, black man named Titus who has a unique enough personality to establish him as a fresh, intriguing character.

In the midst of her search for a job, Kimmy stumbles upon a wealthy Manhattan mother (Jane Krakowski) who hires her as a nanny.

This absurd scenario makes way for a whole range of jokes, many of which address topics like micro-aggressional racism, classism, feminism and gentrification.

For instance, Titus’s job requires him to dress as a werewolf, and in his first few days in the costume, he comes to the conclusion that being a werewolf in NYC is a lot better than being a black man.

Taxis stop for him; a policeman waves at him, and a woman asks him to hold her baby. This funny realization highlights the absurdity of systematic racism.

Similarly, Krakowski's character, Mrs. Voorhees, fits the trope of an elitist woman, satirizing some of the habits of the upper class.

As she welcomes Kimmy into her house, she pulls out a fancy bottle of water from a fridge filled with expensive drinks, and when Kimmy says she isn’t thirsty, Mrs. Voorhees simply throws the bottle into the trash.

Later, when her son opens his birthday gifts, he comically complains, “I already had all of this stuff!”

Past the satire, however, "Unbreakable Kimmy Schmidt" gets at the heart of female power by giving us a resilient, feminist character who refuses to give up.

An ongoing message of the show is “you can do anything for 10 seconds,” a refrain Kimmy repeats to herself and to Mrs. Voorhees.

She shares the little tricks she used to get through her years in the bunker, then applies those to modern New York women in her quest to help everyone around her.

She makes frequent feminist jokes that create tagline messages with which the viewers fall in love. (i.e. She says her phone was stolen by a female monkey “because women can be anything now!”)

Kimmy’s “you can do anything” spirit is contagious in the show and to its audience, and introduces a new type of feminism: a positive, bubbly, “unbreakable” feminism that breaks out of the tropes the media has attached to modern powerful women.

It continues the kind of attitude that Leslie Knope introduced. "Unbreakable Kimmy Schmidt" is the show every feminist has been waiting for.

It's the perfect crux between "Broad City's" NYC jokes, "Parks and Rec's" lovable Knope and "30 Rock's" challenging satire, and we are lucky enough to be able to watch the whole season in one binge-watching Netflix session.