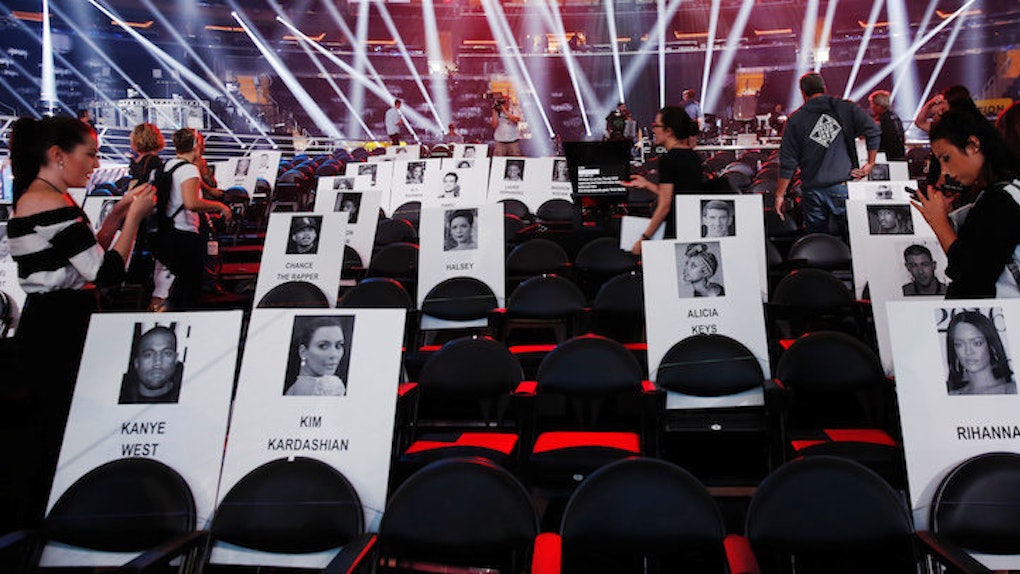 Who's excited for the MTV Video Music Awards!? I CAN'T HEAR YOU! I SAID WHO'S EXCITED FOR THE VMAS!?

Well if those shouty capital letters didn't pump you up, then Spotify's official VMA playlist will.

It's basically packed with the best songs from this year.

Yes, there's a lot of Drake and Rihanna, of course. But, there are also a few curveballs in there. I'm talking Panic! At The Disco and Fifth Harmony with that absolute banger "Work from Home" (you know, that one you owned the dance floor with over the weekend).

You've gotta throw Adele into the mix as well AND that song by The Chainsmokers everyone keeps humming.

The punchy playlist, put together by MTV and Spotify, is everything you need for tonight and pretty much the rest of time amen.